On the way of the ancient nomads

Tour trekking will start with overpassing of one of the longest ranges of the Tien Shan - Kyrgyz, bordering the Chui Valley on the south, and stretching for 454 km in the latitudinal direction from west to east. The highest point of the ridge is Peak Semenov-Tyanshanskiy (4,895 m). A lot of beautiful gorges with crystal clear rivers cut its northern slopes. Our trekking begins in one of these gorges. The Shamsi Pass, 3,570 m high, over which we have to cross the Kyrgyz Range, has been used since ancient times as a convenient and uncomplicated path leading to the Issyk-Kul Basin, and further, over the Bedel Pass, to Kashgar. Next, we will descend to the highland pasture of Sarala-Saz, where you can get acquainted with the life of modern nomads, visit their yurts and try a slightly sour and refreshing kumys drink.

On the final day of the trekking we will go to the Dzhangyz-Karagay Pass (3,325 m), from where you can enjoy a breathtaking view of the alpine Son-Kul Lake, located at an altitude of 3,013 meters above sea level. The lake basin is surrounded by the Son-Kul-Too Ridge from the north and west, by the Baiduluu spur of the Son-Kul Ridge from the north-east, by the Moldo-Too Ridge from the south. The lake itself, 59 km in length and 23 km in width, is located in the center of the same name basin. The name is translated from the Kyrgyz language as «last, extreme lake». Nearly 18 small rivulets and streams flow into the lake, but only one - the Son-Kul River - flows out, called Kek-Dzharty in the lower course.

Climatic conditions in the winter are very severe. The thickness of the ice at the end of winter reaches 1 meter. The temperature in winter sometimes drops to 30-40 degrees below zero, with the air at lake level 2-3 degrees colder than at the surrounding slopes due to the fact that the cooled heavy air goes down from the slopes to the bottom of the basin.

The trekking starts at the foothills of the Northern Tien-Shan and finishes in the very heart of the Inner Tien-Shan on Lake Son-Kul. During the trekking you will cross several ranges, get to five passes, visit high-altitude pastures (jailoo), where you can visit yurts of hospitable nomads, test kumys, the drink of all nomadic people, made of mares milk of enduring horses. Also you will visit the Burana Tower, in the vicinity of which Balasagun town existed in the ancient times.

Arrival in Bishkek. Meeting at Manas airport of Bishkek city. Transfer to a hotel (30 km, 40-50 min). After rest, city tour of Bishkek, the capital of Kyrgyzstan. You will visit the Ala-Too Square, which provides a magnificent view of the snowy peaks of the Kyrgyz Range, green parks, open air art gallery, Historical Museum and other destinations.

Transfer Bishkek - Shamsi Gorge (120 km, 1,5-2 hours). In the morning we will meet the support team. Transfer to the starting point in the Shamsi Gorge. On the way we will visit the Burana Tower, in the vicinity of which medieval Balasagun town was located being the capital of Karakhanid Kaganat (940-1210 A.C.). Lunch. Trekking along the At-Dzhailoo Gorge to the Shamsi Pass (about 2 hours). Setting a camp in the forest on the river bank (2,300 m). Dinner. Accommodation in tents.

Eastern Karakol Gorge. Wade crossing the Buzulgan-Suu River. Then trekking first to the ridge, serving as a watershed between this river and the Kashka-Suu River. Then a simple trekking down the sloping plain to the East Karakol River. Crossing the river over the bridge. It is already very close to the camp, established by our team at the beginning of the gorge under the Buchuk Pass. Overnight in tents (2,500 m). 5-6 hours.

Camp in the picturesque place. Trekking to the beautiful Eastern Seyok Gorge over the Buchuk Gorge (3,400 m). The bottom of the gorge is flat, thus it is an easy walk to the next camp. The camp on the river bank with the same name looks very picturesque. Overnight in tents at 2,550 m.

Kyzart Pass. In the morning we begin the trekking up the Kumbel Gorge after crossing the East Seyok River over the wooden bridge. The ascent is very smooth and does not cause any difficulties. After the Kumbel Pass (3,550 m), there is a long traverse across several gorges in the southeast direction in order to reach the Kyzart Pass, which separates the two valleys - Kochkor and Dzhumgal. Here as usual, the driver and the cook are waiting for us in the already established camp on the meadow near the spring. Rest stop. Overnight in tents (2,550 m). 8-9 hours.

Kelemche Valley. After breakfast we will trek across the Kyzart Valley to the Chaar-Archa Pass (3,039 m). Further, trekking to the same name gorge and walking down to the wide Kelemche Valley. Overnight in tents (2,500 m). 6 hours.

Son-Kul Lake. The ascent to the last Dzhangyz-Karagai Pass (3,325 m), which provides a wonderful view of Lake Son-Kul. Smooth descent down and the transition to the place of our camp on the shore of this alpine lake (3,013 m). There are numerous peacefully grazing cattle and white yurts with the blue lake on the background everywhere, evoking thoughts about something eternal and unshakable. Evening sunsets complement this unforgettable landscape. Overnight in tents (3,020 m). 6-7 hours.

Kochkor village. Today we say good bye to the lake. Transfer to Kochkor village, where you can buy handmade crafts of the local producers. Lunch at the local house with traditional cuisine. After lunch transfer to Bishkek (4 h). Overnight in the hotel.

Return home. Our driver will pick you up to the airport in the needed time. Have a safe flight home! 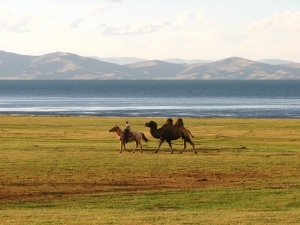 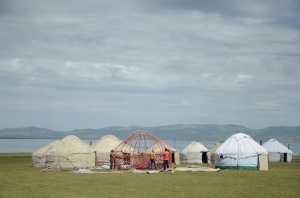 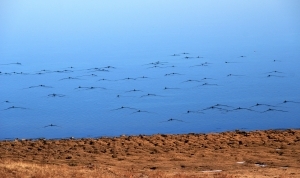 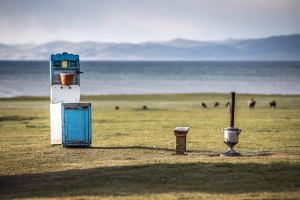 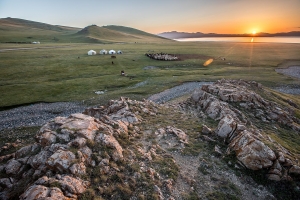 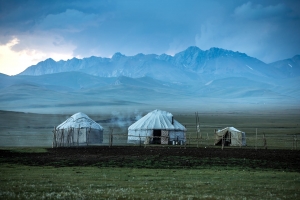