Belukha or as the locals call it - Ӱch-Sӱmer "Three-headed", Kadyn-Bazhy "The top of the Katun'' is the highest point of the Altai Mountains (4506 m), which crowns the Katunsky ridge. It is also one of the highest mountain peaks in Russia and is included in the list of ten peaks ascending which one will be awarded with the title of "Snow Leopard of Russia''. It is impossible to describe the beauty of this region in words but if you try it will look like: the high mountain relief, typically alpine, with deep gorges, rocks, talus and moraines; vertical alpine ridges rise above all this to an altitude of 2500 m.

Rivers are another asset of the Katunsky ridge. Melted waters of glaciers and snows mainly take part in their nutrition, thus the water streams born near the glaciers of Mount Belukha form a special Altai type of rivers - in summer they are full-flowing, fleeting and thanks to the relief often form waterfalls of amazing beauty.

What fantastic pictures nature creates in this region! - these are fabulous forests, where coniferous and deciduous trees have mixed creating vivid pictures in different seasons of the year; alpine meadows with fragrant herbs; thickets of edible currant and raspberry bushes, honeysuckle and black chokeberry. All this is replete with colors and creates a cozy Altai image which despite its wildness attracts all adventure lovers.

We invite you to plunge into this breathtaking beauty, walk the hiking route to the foot of Mount Belukha to the Ak-Kem tourist base, recharge with the energy of the most mystical place in the Altai Republic where according to many esotericists there is one of the entrances to the mysterious land of Shambala or as the Old Believers of Altai call it - Belovodye.

On this tour you will see the most beautiful mountain landscapes, lakes, forests, alpine meadows, numerous mountain rivers and glaciers. Real adventures are waiting for you: rafting on mountain rivers, hiking under one of the most beautiful peaks in Russia - Belukha. The splendor of untouched nature, the power of snow giants, the beauty of the views opening from the mountain passes and the dazzling glaciers shine are so breathtaking and energizing that it is impossible to remain indifferent. Altai is the place! Altai allows you to look at the nature of Russia in a new way.

Arrival. You can arrive in Moscow or Barnaul. Arrival option 1. Arrival in Moscow. Meeting at the airport. If the time allows, we suggest you to take a fascinating tour of the capital of the Russian Federation. Here are several options we may offer:

Option 3: Moscow River Cruise on the amazing Radisson yacht (2,5 hrs). We will also be happy to provide you with an individual program of your choice. Evening flight from Moscow to Barnaul. Meals are on your own.

Arrival option 2. Arrival in Barnaul and transfer to Tungur. Arrival in Barnaul in the early morning. You will be met at the airport and transferred by a comfortable bus to the village of Tungur (altitude 850 m above sea level / 12 hour drive). Dinner will be at a local cafe. On request, we may organize a real Russian bath for you.

Meeting with a guide, briefing on the route, checking equipment (if you don’t have some of the things necessary for trekking, you can rent them here, you should inform us of it in advance). Accommodation on the tourist base.

Start of the trekking part of the path. Today will be our first day of trekking. We will load all our belongings onto the horses that will follow a different path and meet us at the camp by the Oroktoy stream. Therefore, everything you need on the way should be taken with you. We have to go down to the Ak-Kem river, which means "White Water'' and from here we will plunge on rafts, make a small rafting to the mouth of the Ak-Kem river (1.5-2 hours) where it flows into the Katun river and where lunch will be waiting for us. After lunch, we have to walk up the Ak-Kem river (6 km, 2-3 hours) and get to the first overnight stay at the Oroktoy stream (1,100 m). We'll put up our tents and cook dinner on the fire.

Trekking from the Oroktoy river to the Tukhman stream (2000 m). Today we will have a long hike along the stream and then we will serpentine through a dense cedar forest. We will gradually gain height and after a while we will come out to alpine meadows from where a fantastic panorama of snowy peaks opens up. Our overnight stay will be under a rock at the head of the Tukhman stream.

Tukhman stream - Kulduair Lake (2000 m). The trekking on this day can be called “a walk under the clouds”. The route passes through the most beautiful alpine meadows. An amazing panorama of the Katunsky ridge will appear in front of us. Bizarre outlier rocks are visible. After reaching the lake we will make a short stop to admire the scenery and possibly swim. Overnight in a cedar forest.

Lake Kulduaira – Tekelu River (1800 m). Today we will have a short hike. We will climb a high-mountain swampy plateau and then will descend to the Tekelu River. On the left, there will be a grandiose Skynchak cliff on which you can see mountain goats - teke, from where comes the name of the river - Tekelu. We will organize an overnight stay on the river bank.

Tekelu River - Sarybel pass (2300 m) - Yarlu gorge (2000 m) - mountain base Ak-Kem (1950 m). After a hearty breakfast, we will begin our ascent to the Sarybel plateau ("yellow district"). Alpine meadows and mountain plateaus are waiting for us, and right in front of us in its entire splendor the Akkem wall of Belukha will be opened. Below you will see the valley of the Ak-Kem river and the Ak-Kem river itself. We will slowly descend into the Yarlu gorge and cross the source of the Ak-Kem river along a shaky bridge. That's it, we are at the Ak-Kem mountain tourist base. Akkem Lake is splashing nearby and a stunning view of Belukha opens up again from here. On this day, accommodation will be in a campsite or a lodge. And in the evening we will have dinner in a cafe and tea by the fire.

Radial hikes. We will have two days to do some great radial hikes. Here are the ones you may choose from:

The gorges and valleys of Lake Ak-Kem are considered to be the “places of power”; they have an increased energy which has been proven by experts more than once. And you will surely feel it. It is said that UFOs have been observed many times in the Yarlu gorge. And esotericists all over the world claim that the entrances to the mysterious land of Shambhala or as the Old Believers of Altai call it - Belovodye is located here. And people feeling cosmic energy come to the foot of the sacred mountain Belukha from all over the world to reunite with the universe and meditate. This radial hike of 6 km will take us about 3-4 h, height difference +/- 284 m.

The valley of 7 lakes ( Ak-Oyuk Valley), is situated on the left side of the Akkem valley. It is interesting for its lakes and "hanging" glacier. The attractive thing is that each of the 7 lakes has different colors of water. Trekking part - 12 km / 4-5 h, height difference +/- 679 m.

In the upper reaches of the valley there is the Akkem glacier and right in front of it there is the chapel of St. Michael the Archangel. From the grotto on the glacier flows the source of the Ak-Kem river and a beautiful view of the snow-ice Akkem Wall is opened; from here it is already a distance of a stone's throw. Trekking part - 12 km / 4-6 h, height difference +/- 250 m.

Finally, the last radial hike that you can choose is a hike to the Lake of Mountain Spirits. On the right side of the upper part of the valley there is a very steep ascent to this famous lake, which served as a prototype for one of the most famous paintings of the same name of the famous Altai artist Choros-Gurkin. Trekking part - 14 km / 5-6 h, height difference +/- 518 m.

Leaving the Ak-Kem. On this day we will go down along the valley of the Ak-Kem river to the Polyana "Three Birches". We will cross numerous (as many as 16) side streams on the left slope of the valley. Upon arrival at the clearing, an army tent truck Gaz-66 will be waiting for us, which will take us back to the base over the Kuzuyak pass. We will stay at the hotel, have dinner in a cafe and even go to the Russian bath (optional).

Valley of the river Kucherla - Kucherla village - tourist base. Today we have to make the descent of 1000m. On our way, we will meet the Kuylyu grotto with petroglyphs (rock paintings) dating back to the Stone Age. Judging by the numerous drawings of mountain goats, the arrowheads and spearheads found nearby, it can be assumed that there was an ancient sanctuary here, where a ritual aimed at a successful hunt took place. At the tourist base in Tyungur we will be accommodated in tents (on request, accommodation in houses or in a hotel is possible). Lunch will be given as a lunch box and dinner will be organized in a cafe. If you wish, we can also organize a Russian bath for you here.

Drive to Barnaul. After breakfast we will leave for Barnaul and check into a hotel. Evening will be free. Meals are on your own.

Flight to Moscow. Today the car will take you to the airport for a flight to Moscow, from where you can fly home. Meals are on your own.

*** If you wish, you can add days in Moscow. If you are interested, please contact the program manager. 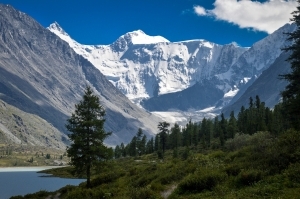 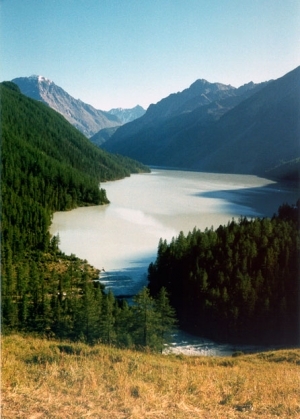 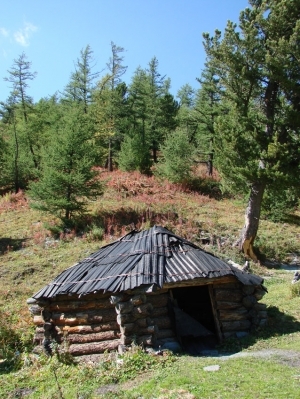 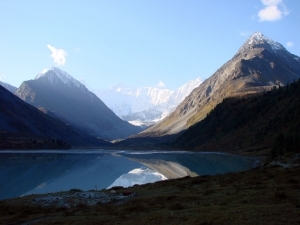 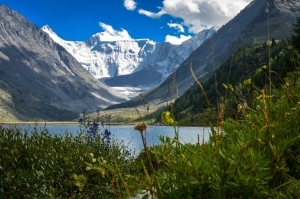 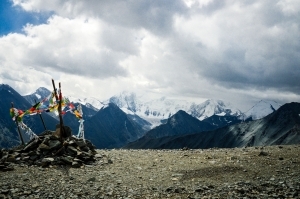