On this tour, we want to show you the amazing, beautiful Republic of Khakassia. In the west and south of the republic there are the Sayan Mountains, in some places they reach 2000 meters, and they occupy almost two-thirds of the entire Republic territory. The rest is occupied by steppes and taiga. Khakassia is rich in rivers and lakes - there are about 500 of them and the fifth part of all lakes is salty. The most famous lakes are Shira, Itkul, Bele, Tus, the Khankul lake and source.

Forests are one of the main types of Khakassia natural resources. They are predominantly birch and larch; pine forests are less common, and the total forest fund of the republic is about 4 thousand hectares!

The nature of the republic is unique, diverse, it surprises with its relief: shining snows in winter and contrasting colors in summer. There are state reserves and zoological reserves of republican significance. There are more than 100 natural monuments in Khakassia each of which is interesting for any traveler.

The fauna here is very diverse - 76 species of mammals, 317 species of birds, and such rare animals as the red wolf, snow leopard, argali are in the list of endangered species; 28 species of birds globally rare for Europe and Asia live here.

Among the fish there are such valuable species as grayling, taimen, lenok, Siberian sturgeon, sterlet, tugun and whitefish. Nelma and pike perch could also be found here.

85 plant species are endemic to the Altai-Sayan mountainous country and 28 of them are endemic to the Khakassian steppes. The pride of the inhabitants is the abundance of mushrooms and berries (blueberries, lingonberries, viburnum, mountain ash, raspberries, currants, honeysuckle, wild strawberries, strawberries). In spring, the meadows and steppes are in bloom, striking with a constant change of colors.

Khakassia is one of the rarest phenomena because its landscapes are shaped not only by nature, but also by humans. Steppe landscapes are complemented by burial mounds and menhirs (lonely standing stone steles), and many mountain peaks and rocky ridges keep traces of centuries of human activity.

We are ready to show you all the diversity of the Republic of Khakassia, its unique nature, its archaeological sites, places of power, give you the opportunity to try delicious local cuisine and natural farm products, see magnificent landscapes, caves, waterfalls, alpine meadows and taiga, breathe in the fresh mountain air and feel complete unity with nature.

Arrival. Excursion program. Meeting at the airport of Abakan. Check-in at the Asia hotel. Breakfast. Departure for the excursion program of the Oglakhty Open Air Museum. In Oglakhty there is the largest accumulation of petroglyphs, which leads to a staircase of 965 steps. There is a great photo zone for panoramic photos.

Lunch in the yurt of the museum. Lunch will consist of a set of sandwiches, homemade pastries, sweets, tea, coffee, and berry fruit drinks. Excursion to the Salbyk barrow which is located in the Valley of the Kings. This valley was chosen by ancient people for the construction of dozens of barrows of the nobility in one territory. This is one of the most sacred and mysterious places in Khakassia.

Transfer to the Priiskovy settlement. Breakfast. Check-out. We will depart to the Priiskovy settlement (Ivanovskie lakes) – a paradise corner of wildlife. Such a variety of flora is now rarely seen anywhere. There is a cascade of four lakes connected by waterfalls and rivers. The largest waterfall reaches 40 meters in height, creating an unimaginable rainbow of water and light.

The road to Priiskovy itself is no less picturesque; it runs through the steppe and taiga natural zone of Khakassia. There will be lots of stops for taking pictures, drinking tea in nature. Arrival in Priiskovy - a small village in Khakassia, in the Ordzhonikidze district - the richest area known for its gold mines. Gold mining is still ongoing.

Check into a hotel. Dinner.

Walking tour. Breakfast. Today we will hike to Ivanovskie lakes. The first lake is the deepest, the depth reaches 147 meters; the water has a dark emerald color. Glaciers which are located on the shores of lakes periodically break into lakes creating icebergs and the whole view becomes amazingly beautiful. The water is icy, even if it is + 35 degrees outside the lake remains cold, so swimming in the lakes is not recommended.

Stunning views open up to a snow-covered mountain at the foot of which a wide variety of flowers bloom like a carpet: snowdrops are the first to bloom followed by globe flowers and violets. The slopes are full of unimaginable colors of real alpine meadows. Enchanting photos from this place can amaze anyone. Lunch in nature. Return to the hotel. Dinner.

Notes: delivery to the start of the journey on off-road vehicles is about 15 km (off-road).

Panfilov lake. Breakfast. Hiking route to Panfilov lake is waiting for us today. The pristine lake is located among mountain glaciers, surrounded by dense greenery of violets and taiga forbes. The air is intoxicatingly fresh and is filled with the fragrance of alpine meadows. We will follow the most popular route of outdoor enthusiasts. Lunch in nature. Return to the hotel. Dinner.

Excursion program. After breakfast the car will take us to Solovyov's cave. This is a very unusual place in the depths of the Siberian taiga. We will have an excursion to the cave of "Nightingale the Robber". What is unique about this cave? At the times of gold mining in the vicinity of the village of Priiskovy, robbers, namely the bandit group of the well-known ataman robbed horse carts with gold and hid it in this cave, and the bandits themselves hid in it! A fragment of the exciting film "The End of the Emperor of the Taiga" was filmed in this cave. Lunch in nature. Return to the hotel. Dinner.

Notes: Total auto distance is about 100 km. The road to the cave is difficult to access. Off-road.

Day in the city of Abakan. Breakfast. Check-out. This morning we will depart to the city of Abakan. Upon arrival in the city we will have lunch. Check in hotel. Free time. Rest. Shopping tour program (souvenir, confectionery shops is waiting for us today. You can profitably buy: shaman tambourines, amulets, souvenirs made of precious stones and wood, original dolls and fur products. All products are made with "soul" and as a rule in a single copy. All of them have original designs; they are handmade and are sold at reasonable prices.

At the city agricultural market with natural products you may buy the famous Khakass lamb, sausages, fish and taiga delicacy, herbal teas and healing herbal sets, honey, tinctures. This is the most popular market not only for guests of the city, but also for the citizens themselves. A huge selection of natural products and gifts from Khakassia can be found here. We will also visit confectionery shops with natural chocolate and famous sweets from Khakassia. Dinner at a city cafe.

Hanging Stone. After breakfast we will depart for a walking tour of "Hanging Stone". It is the most famous hanging stone in Russia - a stone block weighing almost 600 tons, 17 meters long, which stands frozen over the abyss in the Ergaki Nature Park. The Hanging Stone is considered to be a wonder of nature.

Trekking to the Hanging Stone is 14 km. The trail is equipped, marked, partly there are railings and there are places for rest. The hike is available for people of all ages. It is accompanied by a professional guide-instructor. Lunch in nature. Return to Abakan.

Departure. Breakfast. Transfer to the airport.

* The order of the excursions can be changed, as well as replaced with equivalent ones due to bad weather conditions or other force majeure circumstances. 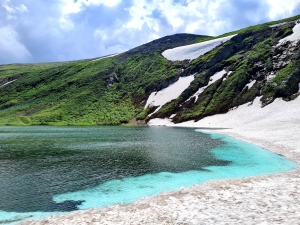 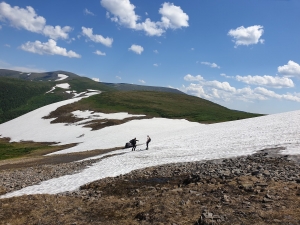 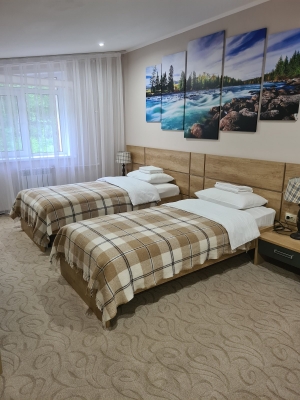 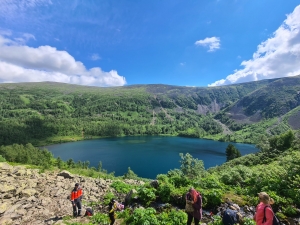 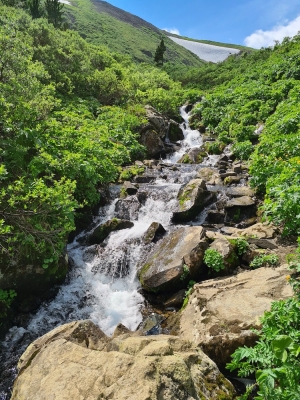 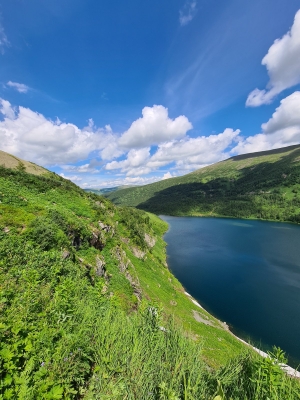 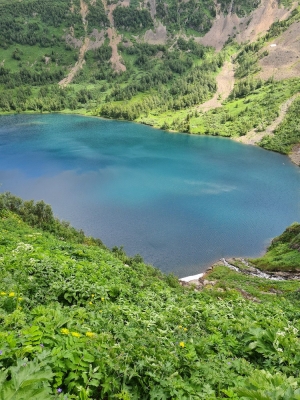 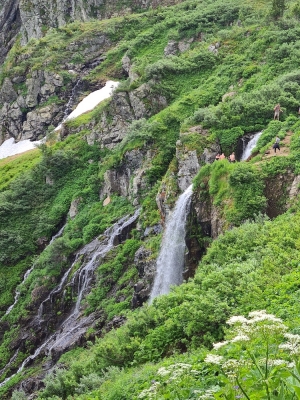 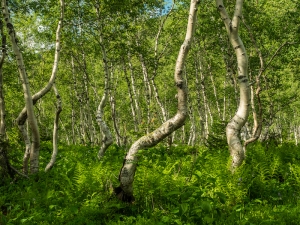 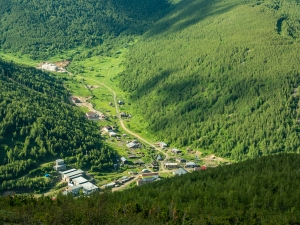 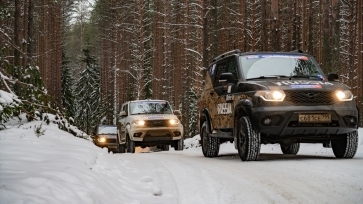 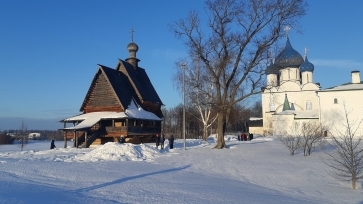 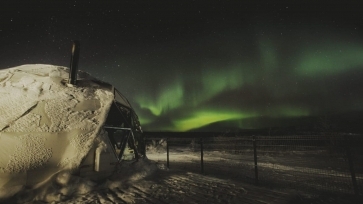 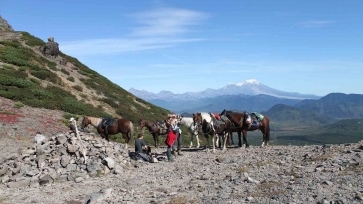