On this weekend - May 8-9, we (employees of the Asia Mountains company) with friends and children went to the Komorchek and Kok-Moinok canyons. We wanted to celebrate the holiday in a special way and at the same time explore new roads. Since our whole company was on four-wheel drive vehicles, the new roads were easily conquered. 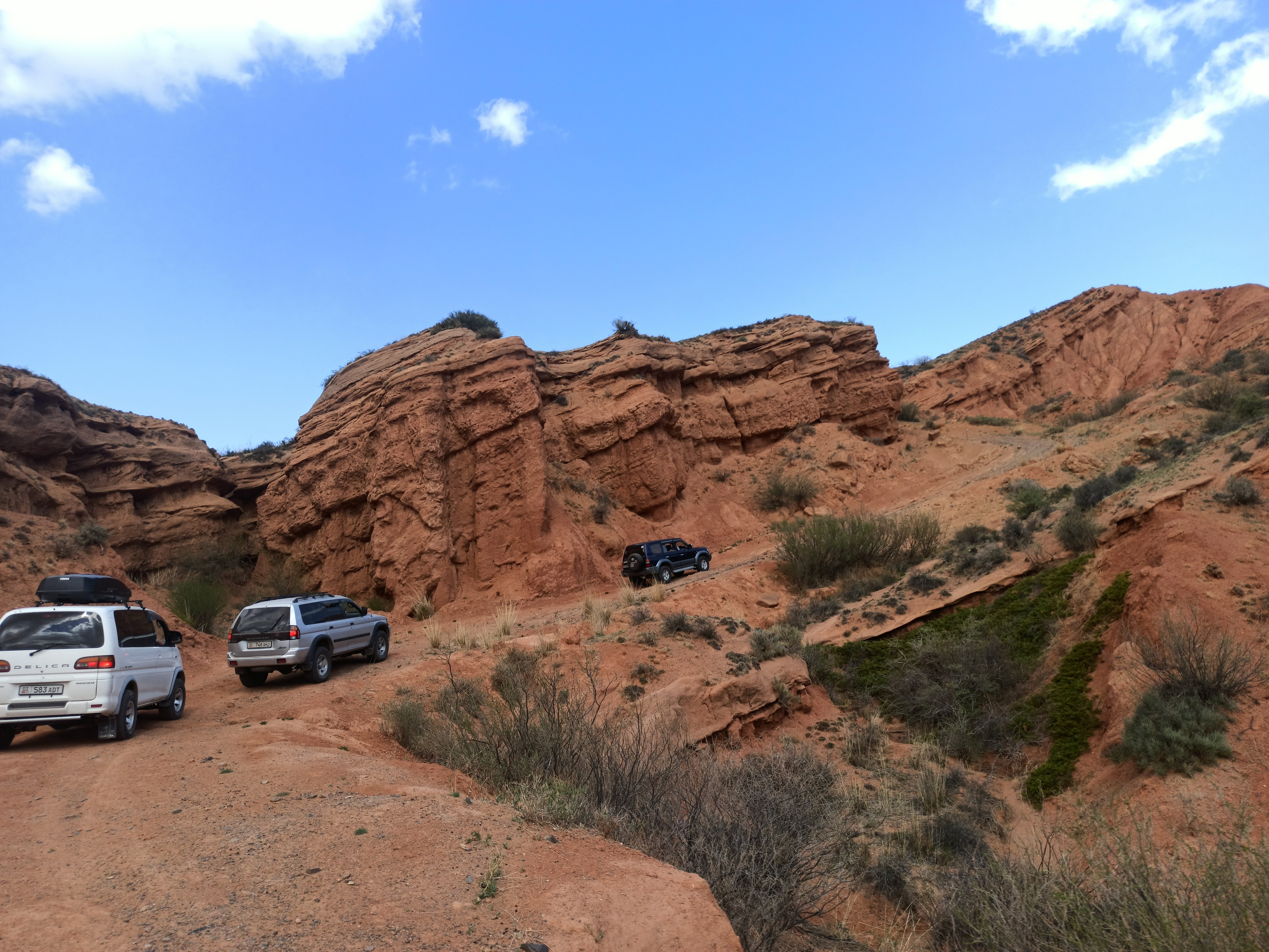 We gave free rein to our iron horses and managed to reach the high-mountainous jailoo, where we saw the last frozen snow, which will be melting until mid-summer. We walked a little along the still not awakened high-mountain meadows. The children played on the shores of a clean mountain stream, into which they threw stones with impunity. After that we went further and reached the end of the roads. It was as if we were on the edge of the earth, new canyons and views opened in front of us, which we had not yet seen. Wonderful panoramas opened up from the pass. We took a lot of colorful photos and went back down to the Chu river.

It was late afternoon and we pitched a tent camp on the banks of the River, where the water was calm and safe for children. The camp space was organized in a way to be interesting for everyone and so we didn’t have to check our kids every minute to protect them from dangers. 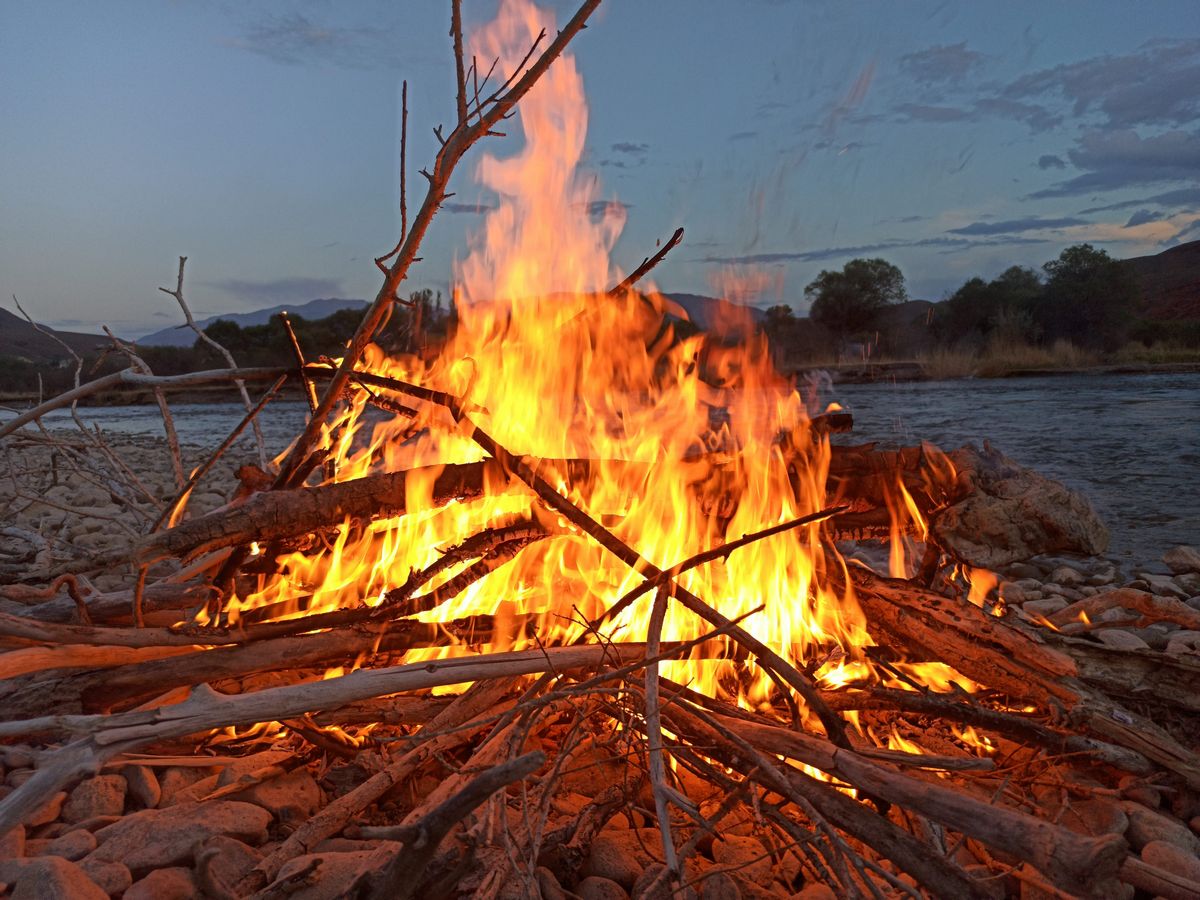 We cooked potatoes and meat on a fire with smoke, there was a guitar, gathering around the fire and a warm night in tents under an incredibly beautiful starry sky. 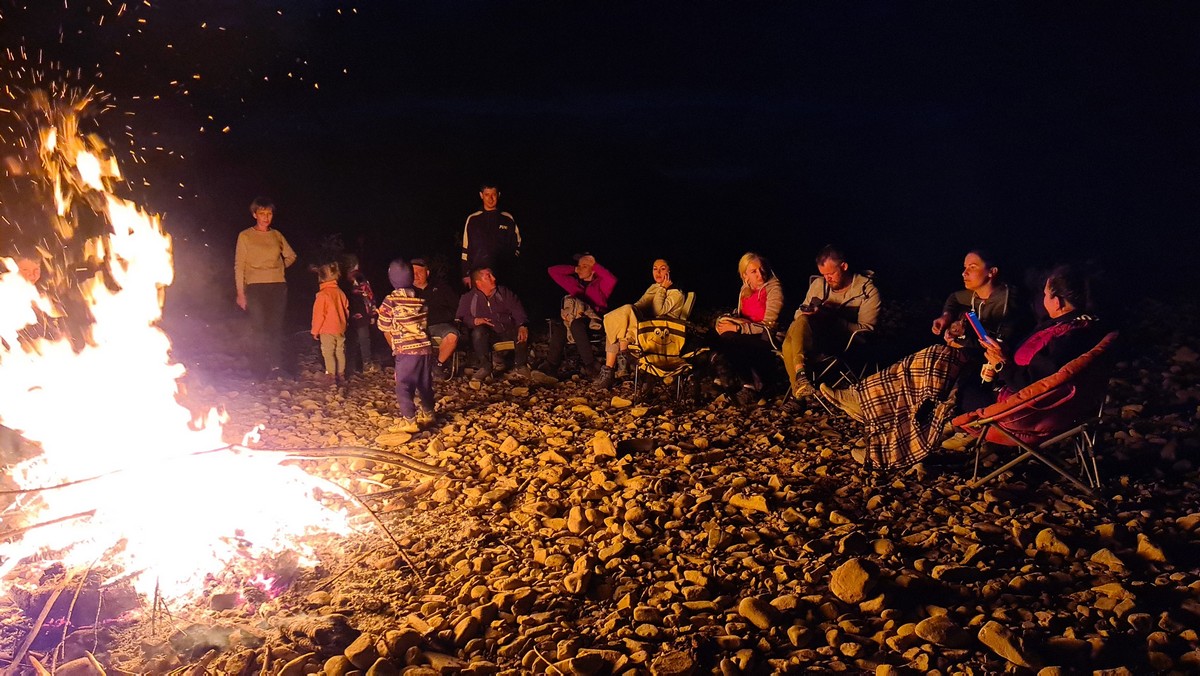 The next day, it was decided to walk along the already well-known and well-trodden path, into the canyons from the Red Bridge. We were very surprised and pleased by the children of the average age of 5-6 years who went all the way (7.5 km) on a par with adults. We reached the canyons, wandered between the labyrinths of red castles and admired the beauty. We met other groups of tourists. After another short walk among the red sand giants we returned to the cars from where after a small picnic we went home. 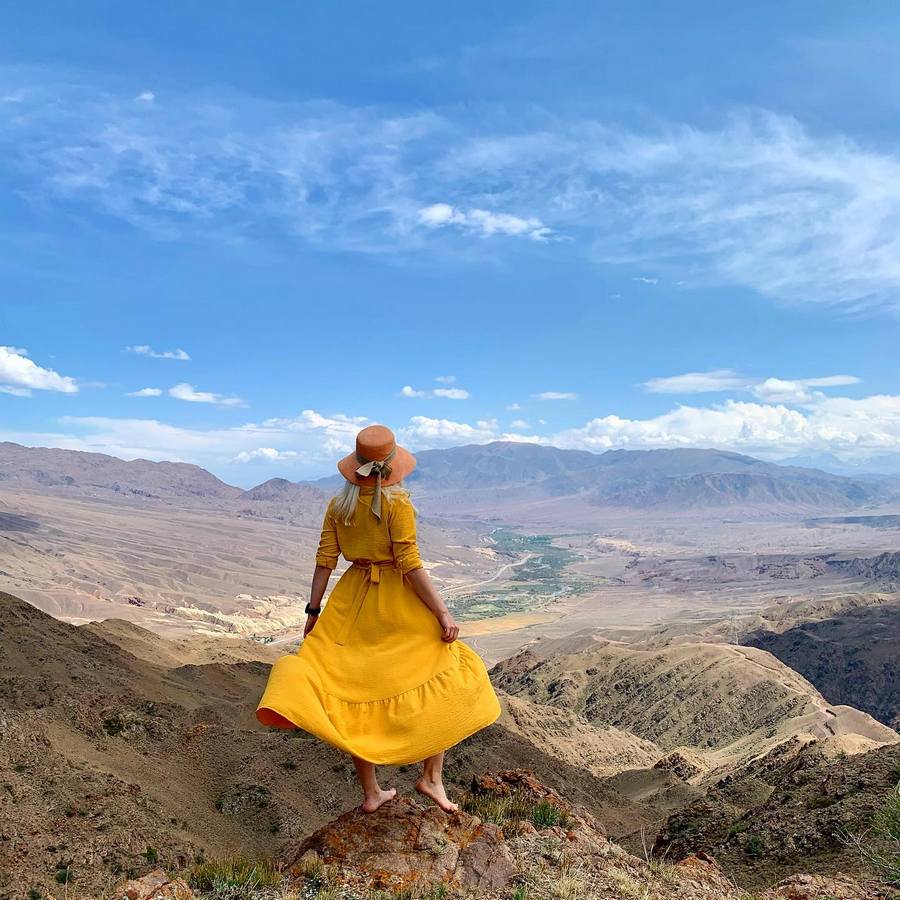 In general, this time it turned out to be a very nice trip. The canyons are beautiful as always. And this is a very textured place for photo sessions. Fans of beautiful photos could come here to artistically capture themselves against the backdrop of eternal beauty.

Do you want to have the same adventure?

We will be happy to arrange trips for you for one or more days.