Damavand is the highest point in the Middle East and the highest volcano in all of Asia located in the middle Alborz Range, in north of Iran, near the southern coast of the Caspian Sea, in Amol County, Mazandaran, 66 kilometers (41 miles) northeast of Tehran.

It is a potentially active volcano, since there are fumaroles near the summit crater emitting sulfur, which were known to be active on July 6, 2007. Mt Damavand has some Hot springs (thermal springs) (Abe Garm-e Larijan) with therapeutic qualities. These mineral hot springs are mainly located on the volcano's flanks and at the base, giving evidence of volcanic heat comparatively near the surface of the earth. While no historic eruptions have been recorded, hot springs at the base and on the flanks, and fumaroles and solfatara near the summit, indicate a hot or cooling magma body still present beneath the volcano, so that Damavand is a potentially active volcano. In this village there are lots of hot baths. Of about 1,000 liters of water per minute Cheshmeh Larijan SPA is flow. The temperature is between 65 to 70 degrees Celsius.

The unpleasant taste and odor of hydrogen sulfide and water color is clear. This is the source of magnesium and bicarbonate salts for skin disease, old wounds, rheumatism, respiratory tract diseases and neurological disorders is beneficial. Bath's famous monuments in the village is related to Shah Abbas Safavid period. The most important of these hot springs are located in Abe Garm-e Larijan in a village by the name Larijan in the district of Larijan in Lar Valley. Near these springs there are public and private baths with small pools for public use. The most prominent mineral water springs that exist in this area include hot water Bayjan AltaVista mineral springs, mineral water Astrabakv, Chshme pleural Chshme Mineral water and Estelle iron head.

There are at least 16 known routes to the summit which have different difficulties. Some of them are very dangerous and require rock climbing. The most popular route is the Southern Route which has step stamps and also a camp midway called Bargah-e Sevom Camp/Shelter at 4250 m (about 13,845 ft). The longest route is the Northeastern and it takes two whole days to reach the summit starting from downhill village of Nāndal and a night stay at Takht-e Fereydoun (elevation 4300 m - about 13,000 ft.) shelter.

Damavand climbing season starts from mid of June and it last to mid of September. The best Time for summer trekking is in July and August. In this period the footpaths are generally free of snow, the weather is usually moderate and approach by public transportation to the base camp is easy.

Although Damavand resorts are crowded in summer, but the beginners with little experience are strongly recommended to tackle the mountain during this climbing season only. Best starting day is Saturday. Remember Iranian weekend is Thursday and Friday.

The main challenge of ascend is acclimatization and the weather. Damavand Difficulty for summer trekking is comparable to Mount Kilimanjaro in Tanzania and Mount Everest Base Camp. But winter climbing is a quite different story and may be compared to a 7000 m peak or more.

This moderately graded trek involves carrying of a day pack only. Be prepared for potential variable weather conditions.

Mount Damavand, a potentially active volcano and the highest peak in Iran, has a special place in Persian mythology and folklore. Damavand Mountain is well-known for its mild slops. Climbing these 18,605 feet giant volcanos is technically easy but physically a tough challenge and requires a good physical fitness. This adventure involve trekking for up to 6 or 7 hours a day at a steady pace.

Tehran. Arrive Tehran at 4:25 am via I.K Airport. After welcoming the group, we’ll transfer you to your hotel (check in available after 14:00) in Tehran city center for serving the breakfast (normally the visa process and baggage receive takes until 6 am, and you will be in city center around 7:30 to 8:30 am). Then you can put the stuff at lobby or hotel storage, and go to visit Persian metropolis capital, Tehran with over 16 million populating. Today you have enough time to visit Tajrish Bazar in the north of city, Emamzade Saleh Masque, Sa’dabad Palace museum complex, then we'll go to visit the beautiful Darband valley. O/N at Hotel with breakfast and bed (B.B).

NOTE: Booking an extra hotel night will available on June 10-11 for extra charge of 30 EUR per person. So, you can have a short rest by arrival at your room until 10:00 am for example then go for excursion the city.

Head to Damavand, Start Trekking to Gosfandsara camp. After breakfast, we'll drive to the north by Haraz road and reach the Damavand foothill. It is 75 km distance but in the mountain road, so takes 1/5 to 2 hours to reach Polour or Rineh village which are base of Damavand at around 2400 m. Where you can change clothes, leave extra stuff at our hostel and be ready for the first day of hike. We will start our hike from ~ 2400 m to the Gosfandsara camp at a 3000 m in 2- 3 hours slowly by lightweight backpack. All the big backpacks and luggage will carry on by 4WD cars to the camp. After about 2-3 hours trekking with lightweight backpacks between the beautiful mountain flowers, we'll reach the camp. There we'll setting up our tents and we have enough time for walking around and enjoy the nature and landscape.

Trekking to Bargahe Sevom (Bargah 3) camp 4250 m. After a good rest and recover energy, we’ll be ready to climb to the Damavand hut on 4250 m. We will start our ascent from the Goosfandsara camp at a nice route (or from the hostel by jeeps to Goosfandsara -40 min drive in gravel road- in case of sleeping at the hostel). Before start the trekking, we load our luggage on the Mules (every 2 persons 1 luggage around 15 kg-will provide to you), and start trekking with a lightweight backpack to the Bargahe Sevom camp in about 4250 m. After about 5-7 hours we’ll reach the Bargah Sevom campsite and have enough time for walking around, taking photo and rest.

Acclimatization Day (or bad weather reservation day to summit Damavand). Today we have enough time for acclimatization and enjoy the scenes. After well sleeping, and serving breakfast we’ll start climbing slowly to about 4600 m altitude, and will have enough rest on our way, taking photo and so on. then descend to camp slowly.

Summit Day. After breakfast in the early morning, we’ll start ascend to top of the Iran, highest point of middle-east and highest volcano in Asia, Damavand summit (5610 m). It takes about 6-8 hours to reach the summit where you can see the Crater of old Damavand volcano and enjoy scenes, taking memorial pictures. At the end, happily will descend to the Bargah Sevom campsite (about 3 hours).

Descend to the village and Hot Spring. After breakfast and packing our luggage, we’ll descend to Gosfandsara, where our 4WD transport us to the hostel. Take a shower and collect the equipment. In case of your wish, it will be available to go to Larijan local hot spring in extra charge of 10-15 EUR per persons. The water from this spring is useful in the treatment of chronic wounds and skin diseases. In this villages springs there are public and private baths with small pools for use. The main spring temperature is about 65 degrees, but pools and bathrooms water are cooler.

Drive to Tehran, visit the city. For your pleasure, we will book a hotel for this night which you can have a good rest before leaving the airport at midnight. After breakfast, we will transfer you to Tehran hotel (check in after 14:00), leave stuff to hotel lobby or storage, go to visit the city with a city tour guide. At the evening you will be back to hotel for some rest. Tehran sightseeing will be including Grand Bazaar, Golestan palace (UNESCO world Heritage), and Iran National Museum/Jewelry Museum

(Breakfast and hotel are included). 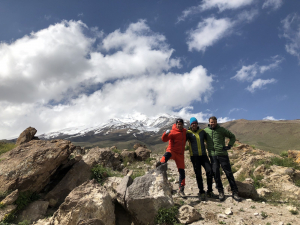 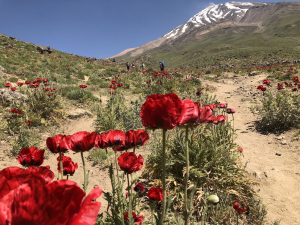 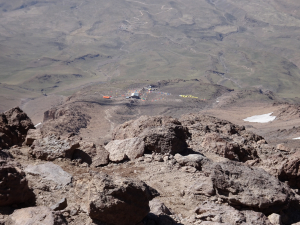 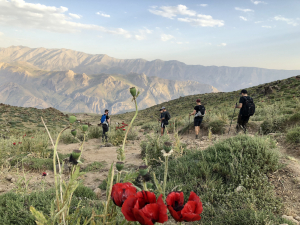 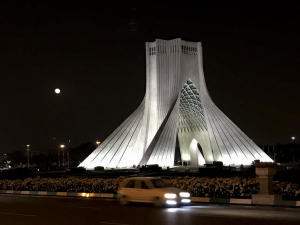 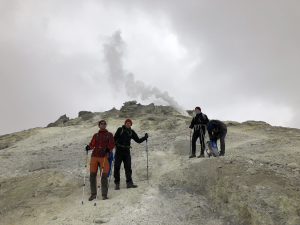 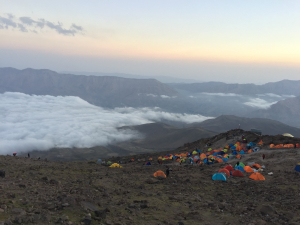 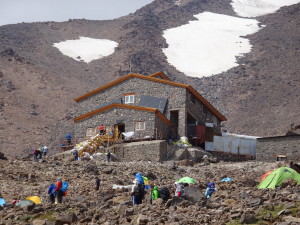 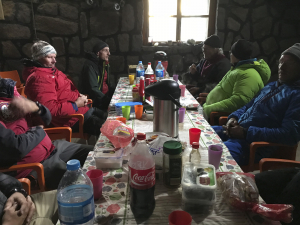 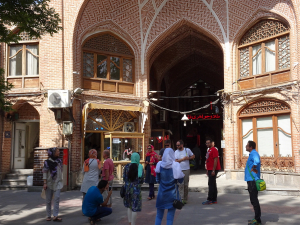 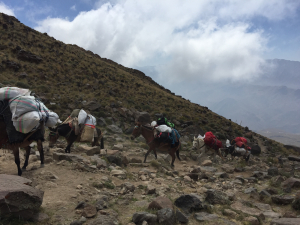 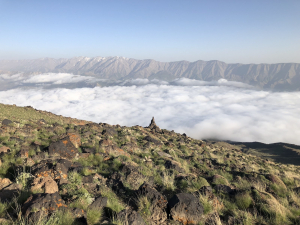 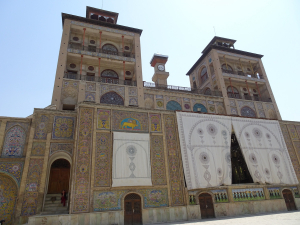 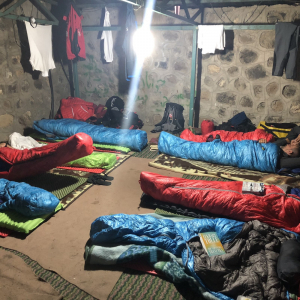 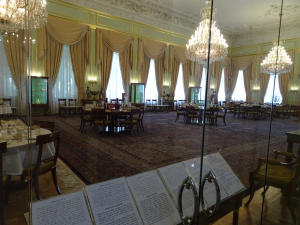 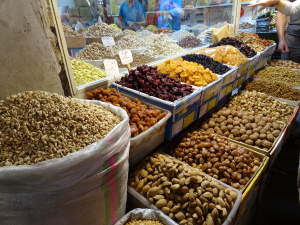 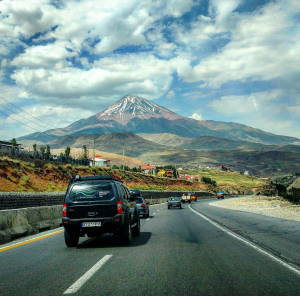 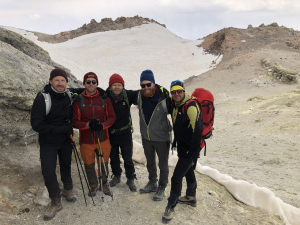 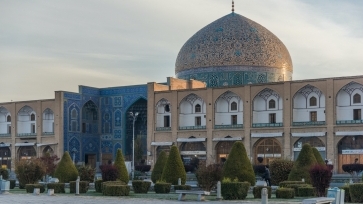 Golden Ring of Persia - Iran and its amazing cities 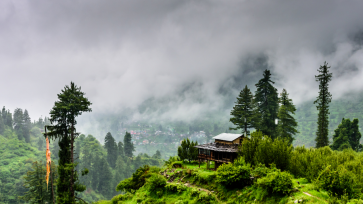 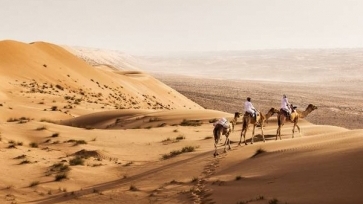 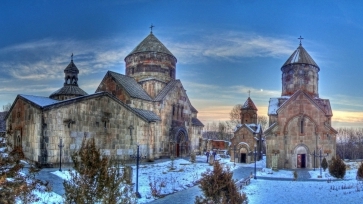