One week trip to Kazakhstan and Kyrgyzstan

In the first days of June, we had an honor to meet and conduct a tour for the famous writer, professor, ethnographer and anthropologist Jack Weatherford, the author of such best-selling books translated into many languages.

The author himself personally presented us with one of his best-sellers about Genghis Khan and signed it. 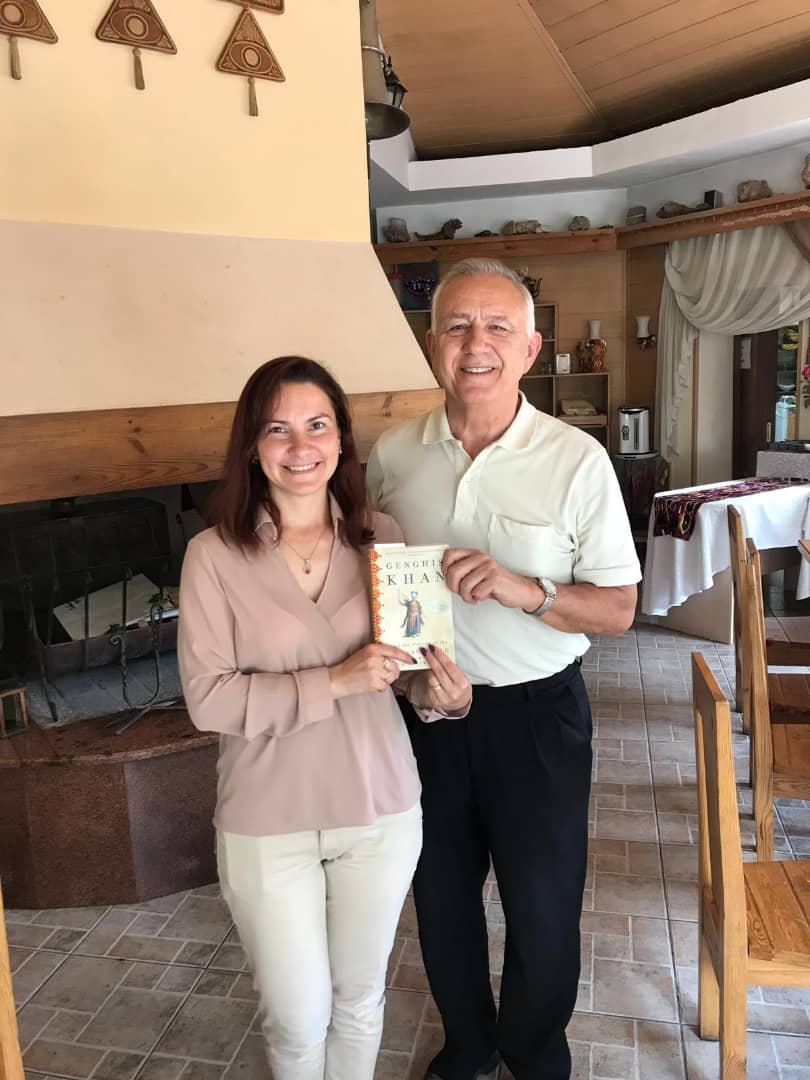 He is also the author of several books:

Jack recently travels with his grandson Edward. who cares about him and it is clear that he loves his grandfather very much(лучше бы удалить). They traveled around many countries together, and this time their choice fell on Kyrgyzstan. Jack shared his memories and said that Kyrgyzstan made an indelible impression on him when he traveled around country about 20 years ago (just when he was told about the birth of his grandson). Therefore, he carefully planned this trip and wanted to show his grandson all the beauty of our small mountainous country.

In their fascinating journey, they embraced two countries, Kazakhstan and Kyrgyzstan, at once. The journey began from city Almaty, then they visited the Charyn canyon and the Kolsai lakes. Then, having moved through the Kegen border post, they visited the Reina-Kench farm, town of Karakol, drove along the southern shore of Issyk-Kul and stopped at Son-Kul Lake. The road to Bishkek further ran through the Kara-Keche pass, along the valley of the Kekemeren River, Suusamyr valley and through the Too-Ashuu pass. 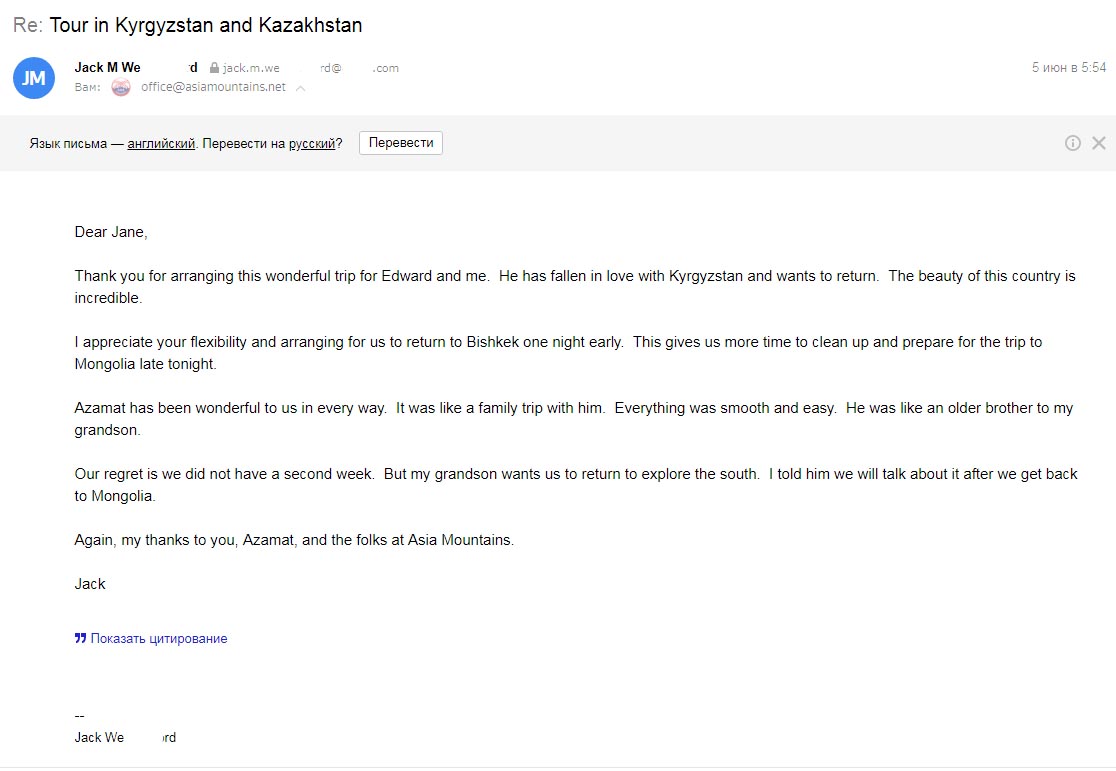 Dear Jane, thank you for arranging this wonderful trip for Edward and me. He has fallen in love with Kyrgyzstan and wants to return. The beauty of this country is incredible. I appreciate your flexibility and arranging for us to return to Bishkek one night early. This gives us more time to clean up and prepare for the trip to Mongolia late tonight. Azamat has been wonderful to us in every way. It was like a family trip with him. Everything was smooth and easy. He was like an older brother to my grandson. Our regret is we did not have a second week. But my grandson wants us to return to explore the south. I told him we will talk about it after we get back to Mongolia. Again, my thanks to you, Azamat, and the folks at Asia Mountains. Jack

Edward (Weatherford’s grandson) was delighted with the nature of Kyrgyzstan and couldn’t find a similarity with any other countries in the beauty of the views and landscapes. 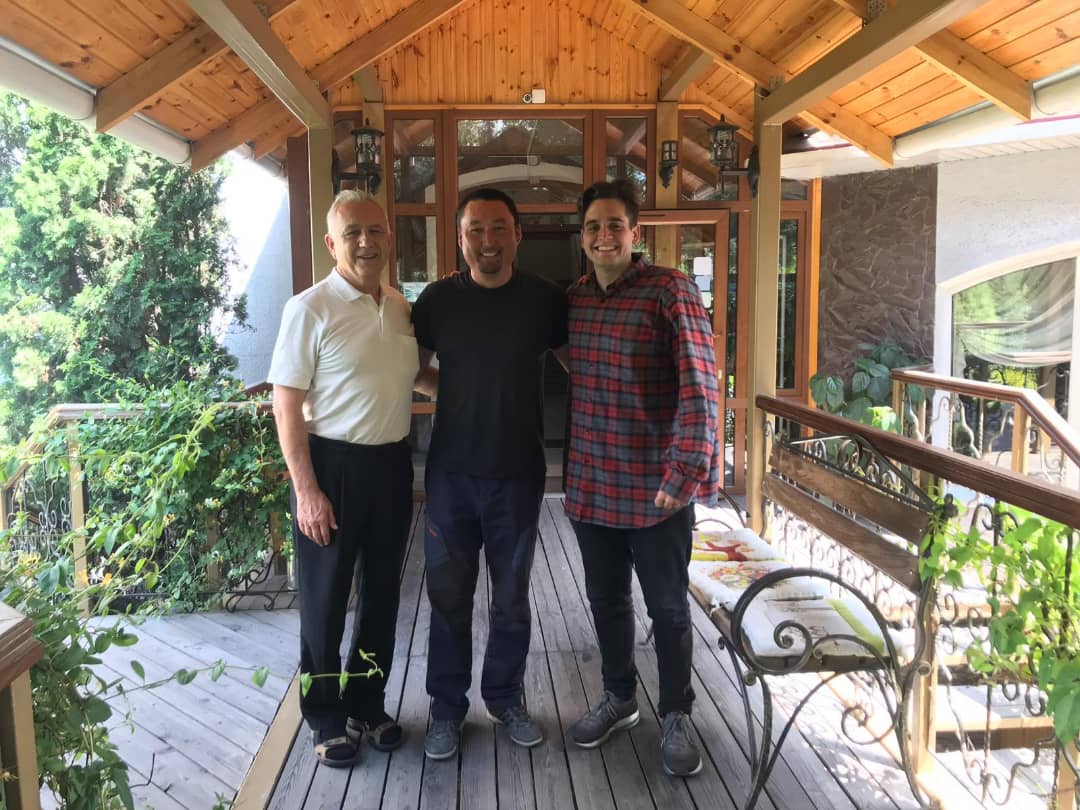 Jack himself was very surprised and pleased that in 20 years that he had not been in Kyrgyzstan almost nothing had changed in our country - the only thing possibly is that Bishkek was transformed and became bigger. Weatherford only complained that they had too little time (just a week) to travel and that they wanted to see more.

Now grandfather and his grandson are planning to come to us again to see the south of the country and maybe drive along the Pamir highway. Well, really looking forward to their return! 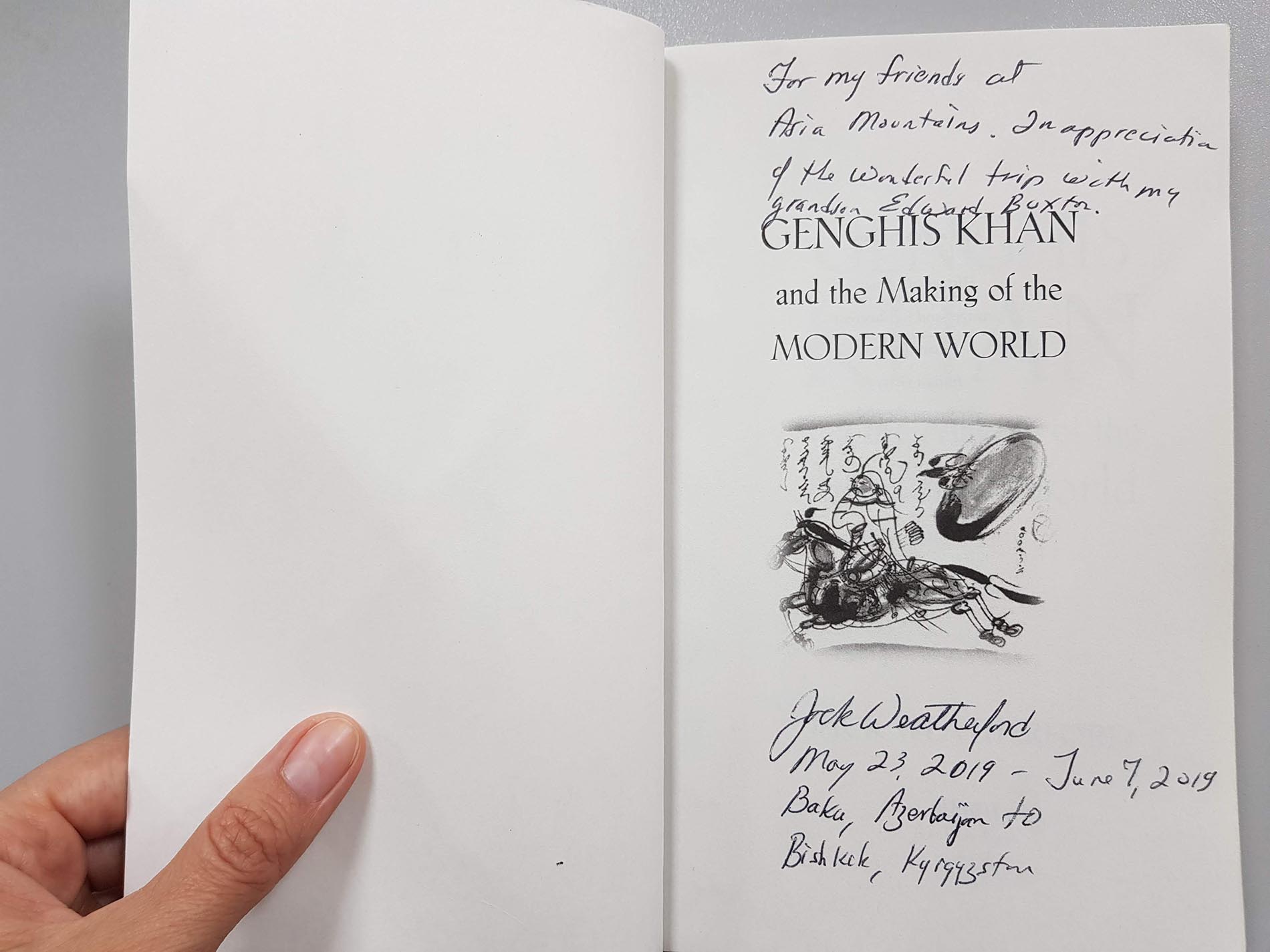