At the beginning of July 2017, a large-scale international speleological project, organized by the Foundation for Preservation and Exploration of Caves with the support of the Asia Mountains Company under the auspices of the World Encyclopedia of Travels, Russia, was finished. The expedition of 14 people (cavers and scientists from Lebanon, Kyrgyzstan, France) set off to Tien Shan in order to determine the prospects of some areas in terms of new caves.

The first base camp was installed 4 km away from Lake Kel-Suu. One of the groups examined the southern part of the Sary-Beles Range, surrounding the bowl of the lake at the mouth of Kel-Suu River. To the right of the lake, on the verticals of Sary-Beles, several horizontal-type caves with galleries and small cavities were discovered. In the far part bizarre crystals, stone calluses and “buds” aroused interest. The largest cave had a length of about 100 meters.

Another team went to the northern edge of the lake by boat. Almost by midnight, a lantern light appeared in the dark water space behind the far rocky ledge of the canyon. Late speleologists said that on the southern side of the left bank they saw an impressive, simply gigantic entrance to the cave. Mooring to the coast, cavers climbed to the entrance, which was located at an altitude of 80 meters above the lake. Behind the entrance it was a sloping gallery and a “temperature equator”, followed by cold and permafrost. 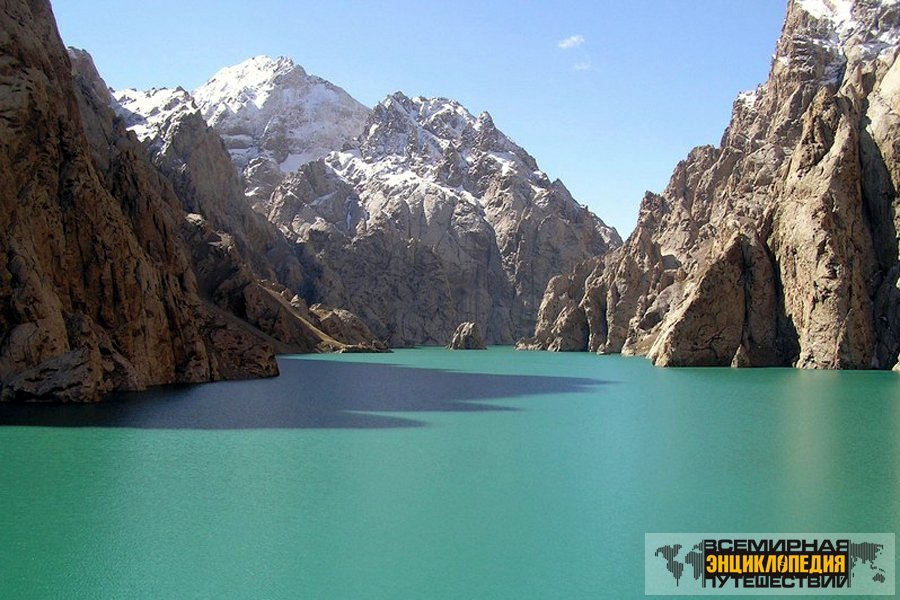 Here, on the "equator", speleologists found an inhabited bear lair and ascending inaccessible corridors leading to the upper levels of the cave. The lower part of the cave turned out to be a vast cavity, in which the discoverers found ice clusters, a heap of blocks falling from the ceiling, ice stalactites and icefalls.

The preliminary topographic filming of the cave also pleased. The vast cavity extended to 250 meters and, as the topographic survey showed, fell to 58 meters, which corresponds to the water level of the lake.

The head of the Lebanese expedition team, Mr. Chadi Chaker, was pleased with the results of the first days. The drone brought by the Lebanese helped a lot. 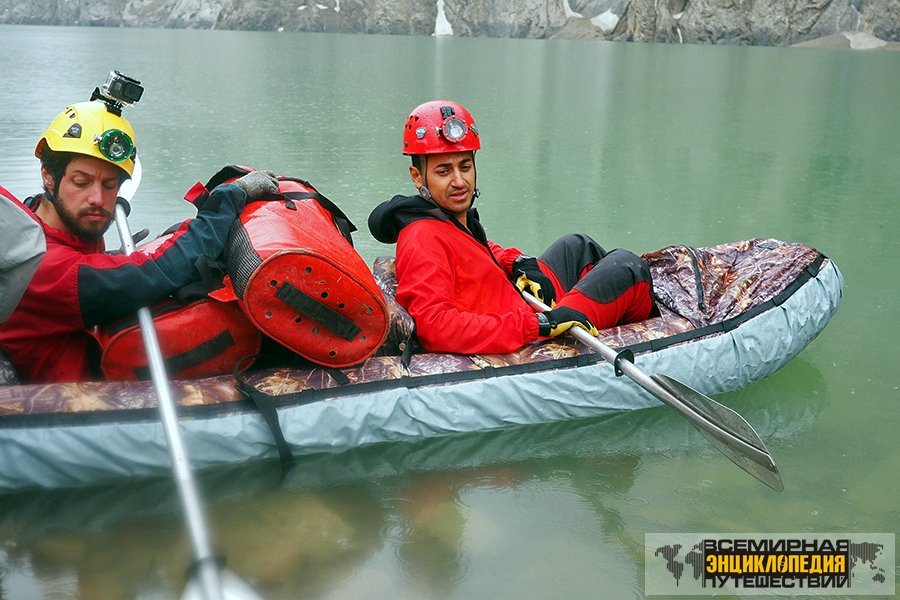 Despite the bad weather researches continued the expedition in the canyon of the Kok-Kiya River. The river being infiltrated through the dam soon takes on a natural shape. Spilled on a wide pebble bed and having absorbed several small tributaries, it hides in a canyon, cutting it off with spectacular meanders. If you look at this miracle of nature using Google Earth, you can see that the canyon consists of two meandering sections. Caves are located on the steep ledges of the cliffs, which still beckon to reveal their secrets. 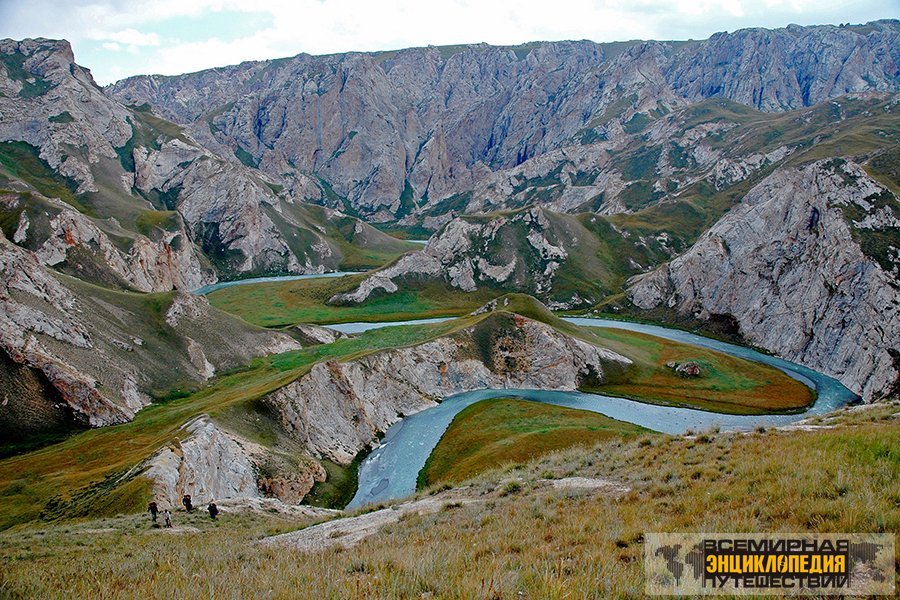 Most sections of the canyon are inaccessible. Open bank is only in small areas and, as a rule, on different banks of the river. It is meaningless to bypass the areas on top, since the depth of the canyon is significant and this tactic is not justified. Attempts by previous speleological expeditions to go through the canyon were unsuccessful.

Before starting the research in the canyon, cavers launched the drone. After receiving the task, the drone floated, broadcasting impressive pictures of the Kok-Kiya's greenish ribbon, tied with white verticals of rocks to the monitor. Perhaps, for the first time in thousands of years the mysterious entrances to caves on inaccessible verticals and bizarre winding loops appeared in front of the eyes of people.

This time despite the attempts to go along the river on horseback, the researchers were forced to retreat because of the high water. The furious stream literally jumped on the stone sides licked by water.

It was a great desire to continue the journey, but still the search for the path had to be stopped and left to future expeditions. No one doubted that the area is very promising, and its research must be continued.

It was decided to conduct studies of the Moldo-Too Range in the remaining week. In particular, in the Kok Dzherty Canyon, south of Son Kul Lake, where karst limestones extend over a vast territory according to the geological map.

The Kok-Dzherty Canyon cuts through several ridges located perpendicular to it. The canyon owes its birth to the river flowing from the heavenly Son Kul Lake. Here, on one of its picturesque terraces, the base camp of speleologists was established. The surrounding nature astonished by its virginity.

More than 20 caves of various lengths were found and surveyed in the Kok Dzherty. 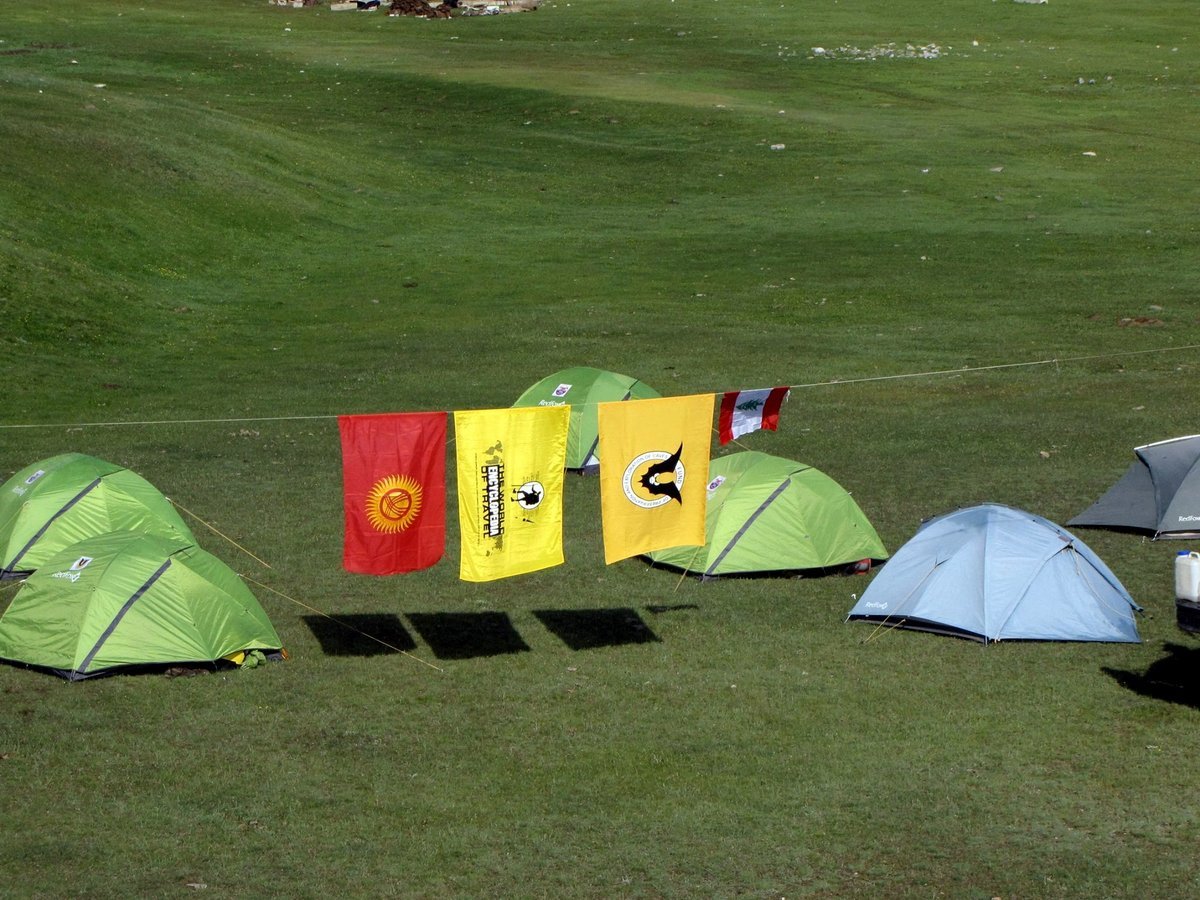 Most of them are located on hard-to-reach canyon verticals. The most interesting got Crystal name. This is not by chance. Being located on the sheer cornice, the cave crashed into a polished with time and rain cliff by ledges. Behind the entrance there was an inclined cavity dotted with crystals. An impressive panel, if I may say so, covered the bumpy surface of the ceiling. The awesome sight! 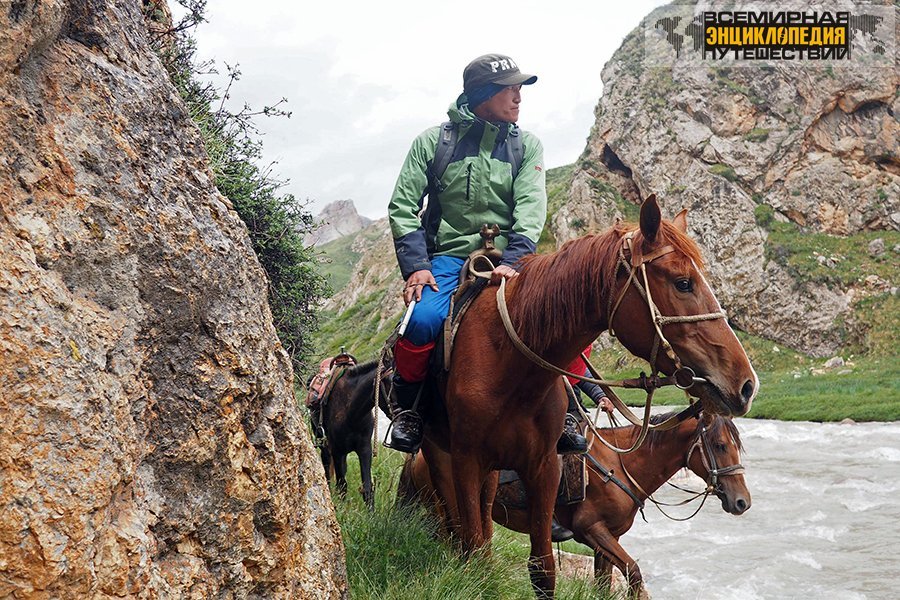 Expedition time flew by quickly. So many impressions, discoveries, meetings and hopes!

Chadi Chaker (Leader of the Lebanese speleologists): «This is our first time in Kyrgyzstan. We heard many different opinions. Now we have our own. Impressions of nature are exciting. The prospects for searching and exploring caves are enormous. We are happy and thankful that we met wonderful and goal-oriented people. Thanks to the Foundation of Preservation and Exploration of Caves for the initiative to launch the SPELEOSTAN-2017 project, which was started with our group. Thank you for the good organization of the expedition. See you soon!» 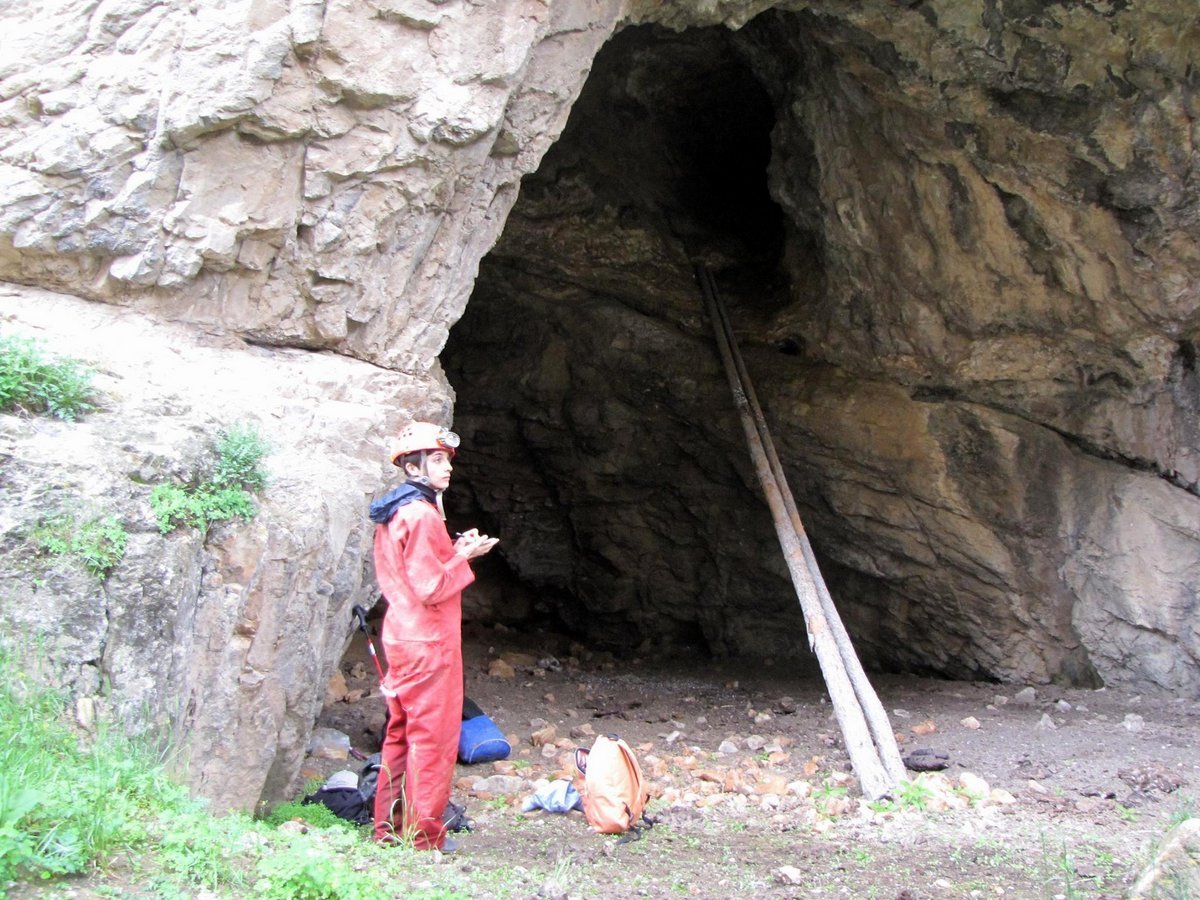