Available to anyone who loves mountains

I got to know it myself. My friends asked me if people who have never been in the mountains can climb Yukhin Peak and I decided they could!

Me and one of the participants knew each other from climbing Mount Kilimanjaro but the second participant had never really been in the mountains, though she was very motivated to climb to a height of 5000 meters. So, in June of this year we started to prepare for this climbing. The guys approached the future ascent very responsibly. They bought everything needed (good sleeping bags, puffs, windbreakers, boots, sticks). I myself decided to join them and on August 6 we went to the base camp under Lenin Peak.

Day 1. After arrival, we walked a lot. We walked around all the lakes of Achik-Tash, enjoyed the magnificent sunset. The enthusiasm with which the guys perceived reality inspired my hope for success. None of them even had a headache. This, of course, seemed strange to me as the guys came from Moscow and on the same day they arrived at a height of 3600 m.

Day 2. Everyone slept well. The head didn't hurt. In the morning after breakfast, we made an acclimatization climb to the shoulder of Petrovsky Peak thus gaining a record height of 4150 meters for the participant who has never been to the high mountains. The weather was great. The views were gorgeous. We descended down the loose slope working out the technique of descent. After lunch, we still had the strength to walk to the farthest lake - Tulpar-Kul.

Day 3. On this day our plan was to go to camp 1 (4400 m) but the guys' bodies broke down, the altitude sickness came to them. Moreover, this happened to them synchronously and they just overslept all day. They had no strength for anything even for a light walk. Honestly, I thought that was it, our program was over. But in the evening the guys ate rice and went to bed with the hope that they would gain strength during the night and everything would be fine.

Day 4. And so it happened. In the morning they woke up and were very cheerful. We had breakfast and went out to the first camp. The smiles didn’t leave the faces of the participants. Their admiration for our mountains was contagious and transmitted to me. So much happiness, so much delight can only be found in people who sincerely perceive the world and are ready for all the difficulties. Their goal is not the accent itself but getting pleasure from the process. We reached the camp in five hours which was a great time for us. The weather was good and the guys fully recovered. In the camp, a magical bathhouse was waiting for us. After that it got even better.

I am writing this story basically for people who have never been in high mountains. Imagine your delight when you suddenly find yourself at the foot of a big mountain. In fact, not even one mountain but practically in the center of the glacier, and there are only kilometers of mountains around. But they do not suppress you with their power, on the contrary they raise you above all worldly fuss. On the slopes you can see people-ants, they either go down or climb up. It is not clear whether they are afraid or not. Do they enjoy the process? Only when they reach the camp, you can understand how tired they are and the only thing they want is to drink and eat. But after a short rest, they open up and begin to splash out their emotions with which you can charge.

So, in communication with real climbers, we spent the whole evening. We listened to their stories and enjoyed the most beautiful sunset. A little later, the sunset gave way to the rising of the moon and the stars lit up.

Day 5. In the evening we got ready for the ascent. I decided to play it safe and asked our guide Nabi to accompany us. I did not really understand where to go. Despite the fact that I had once been at the top of Lenin Peak, I never managed to climb Yukhin Peak due to the fact that earlier this mountain was not so popular and people didn’t ascend it. Only a few years ago climbers realized that Mount Yukhin provides an opportunity for good acclimatization being safe with simple ascent and its height corresponds well with the next stage of acclimatization, you can set up tents and spend the night on it. From the first camp it will take only 4 hours for beginners to climb to the top of the mountain. Professionals do it maximum in 2 hours.

We left at 9 am and slowly climbed to the top by 12 noon. Nabi did an excellent job entertaining us with stories while not forgetting to control our condition and climbing technique. There were several groups at the top "Ours" and "Not Ours". There was no wind at all so we spent about an hour at the top; we didn’t want to leave. But the bathhouse was waiting for us below! We went down quickly, it took us only an hour and a half. There was bath, dinner and sunset again. In short, it was not climbing, but all 33 pleasures in one. A lot of guys from the upper camps descended that day, so we got a new portion of climbing stories over delicious tea. We went to bed late.

Day 6. We did not want to go down at all but we had to. Today we had to not only go down to the base camp but also to leave for Osh city. We descended quickly but at the same time enjoyed every step. Savored! How cool it was to get down to the BC and be handed a delicious branded cake from Maria (Red Velvet). And the participants also got climbing certificates! The program was fully completed. It was difficult to leave but they decided that Razdelnaya summit would be waiting for them next year!

And I, perhaps, will make it a tradition to take good people to Yukhin Peak. Who is next? 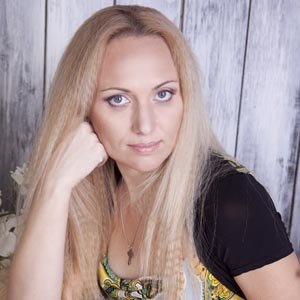