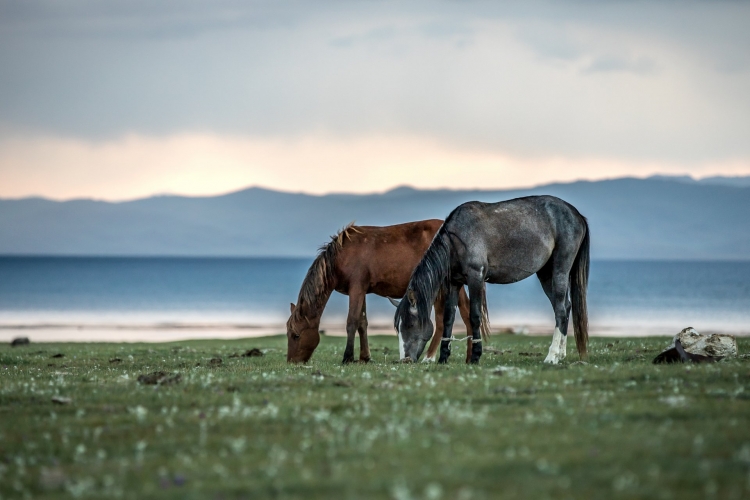 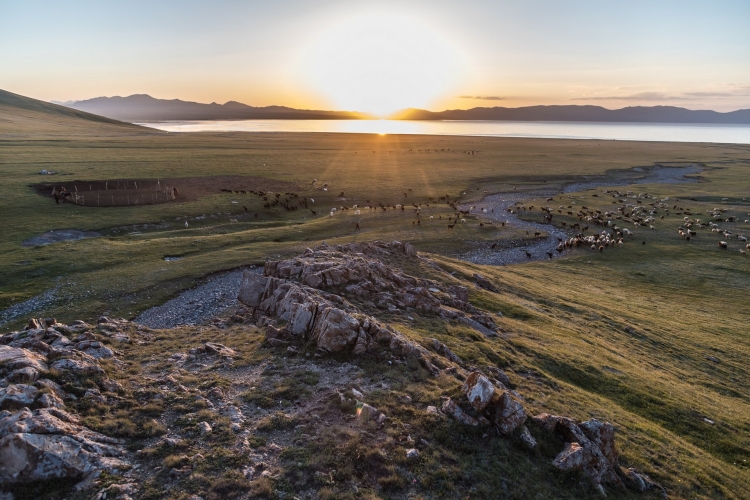 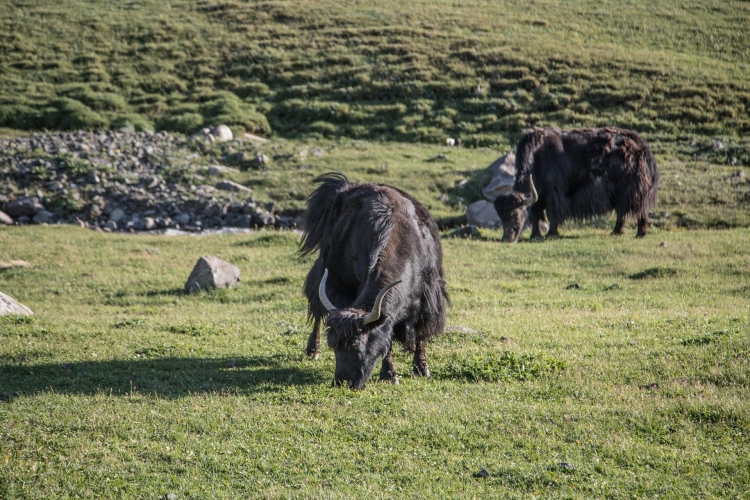 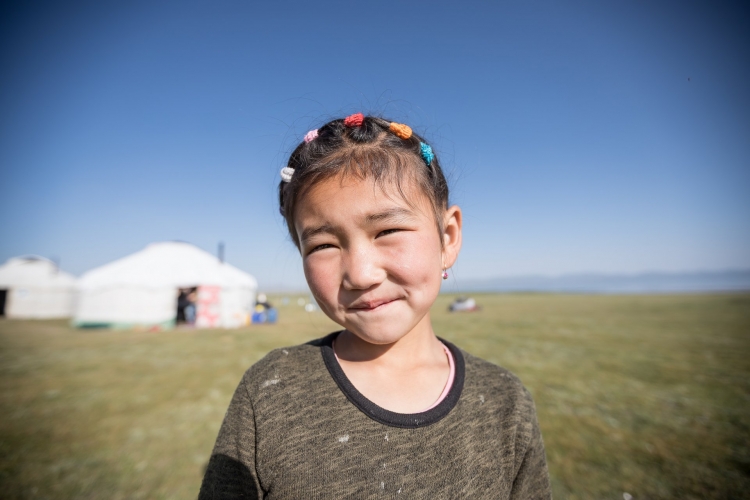 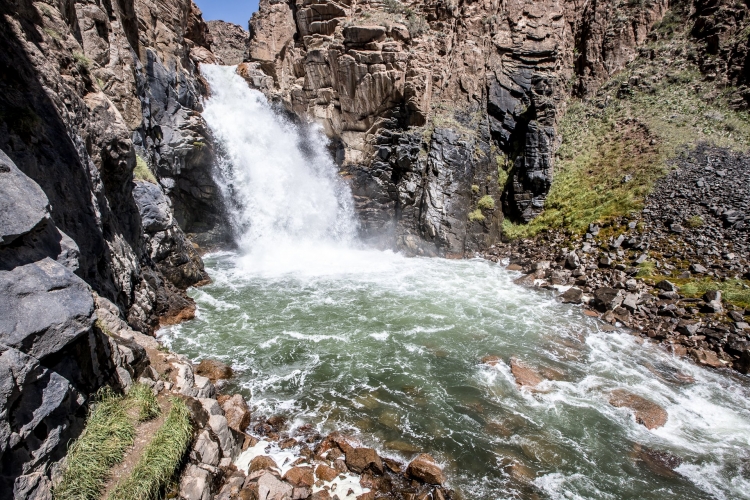 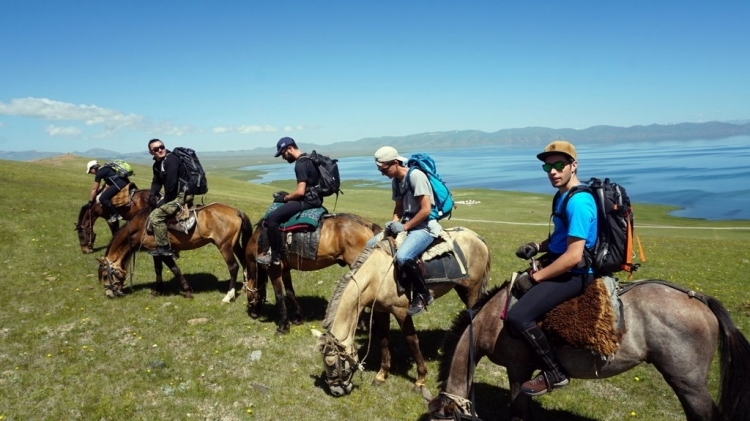 18 streams flow into the lake and only the single Son-Kul river flows out. Only 4 small rivers have a permanent flow into the lake: Kum-Bel, Ak-Tash, Tash-Tebe and Kara-Keche. The coastal strip has a different character: the north-western part is cut by rocky bays and gulfs, and the rest has gently sloping shores with separate marshy areas. In the valley of the river - Son-Kul there are many thermokarst craters which were formed as a result of melting permafrost located at a depth of 1.5 m. 4 km from the source the water flow breaks down into a rocky gorge in a cascade of waterfalls - Kok-Jerty. The lake freezes in the second half of October, it begins to open from ice in late April. The thickness of the ice in some years reaches 1 m.

The animal world is extremely diverse. In the summer various species of ducks, gulls, herons and other waterfowl (66 species) nest here. Due to the harsh climate, the lake was fish-free until 1959. At present the Ottoman, Peled, and Whitefish are acclimatized in the lake. 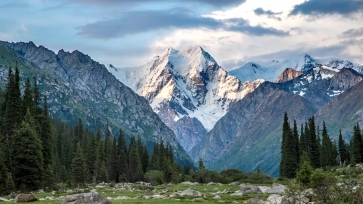 This family tour is suitable for holidays with children from 6 years old. If your child does not have riding skills, then an experienced guide will certainly accompany him. You will visit a real farm where race horses are bred, see distant Kyrgyz villages with many children… 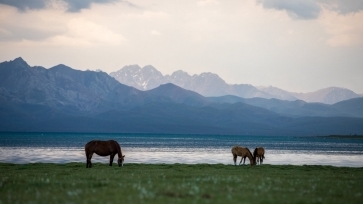 The high-mountainous Son-Kul Lake will meet you with a reflection of the blue sky, high passes will open for you magnificent views, deep canyons, real Kyrgyz villages without embellishment and the opportunity to get acquainted with the locals, staying in yurts, shepherds… 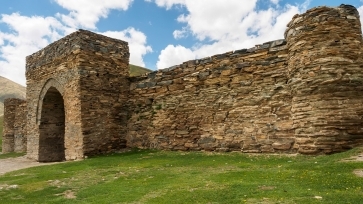 Horse tour from Naryn to Tash Rabat will give you an unforgettable experience! Only in this tour absolutely wild places and untrodden paths are waiting for you, where you can find traces of ibex, goats, wolves, foxes, hares and mountain deer. You will visit the filming site…