Kazakhstan and its Martian landscapes

The Ustyurt Plateau is a huge desert area, stretching in a wide line from north to south between the eastern shore of the Caspian Sea and the disappearing Aral Sea. The Ustyurt Plateau was once a crossroads of civilizations, the Caravan Road to Khorezm passed here. For centuries this road was used by those who wanted to get from the banks of the Volga to Central Asia quickly. Ustyurt Plateau was considered the most difficult and dangerous part of the path.

Traveling along the Ustyurt Plateau is a unique opportunity to visit the prehistoric past and another planet at the same time.

A combination of huge mountain remains sticking out of the chalk scree in the form of bizarre fairy-tale castles and fantastic characters, the ancient bottom of the world ocean with the fossilized remains of marine inhabitants, endless sandy and rocky deserts in the crimson light of the setting day, a web of dirt roads covering a multi-colored hilly landscape - all of this will give you to an indescribable delight.

We will drive along an endless number of sandy roads, climb rocky cliffs from which you may enjoy the unforgettable views of the Ustyurt Plateau. You should definitely see it with your own eyes! It's unforgettable!

Would you like to visit Mars today? It’s easy! We invite you to travel with us along an unforgettable route with amazing unearthly landscapes. Landscape diversity of Ustyurt, its chinks and a few oases amaze even the most seasoned travelers, who are attracted not only by the "Martian" views, insanely beautiful sunsets and sunrises, but also by the legends of antiquity.

Aktau. Arrival at the airport of Aktau. Transfer and check-in to the Grand Victory Hotel. Dinner.

After dinner, you can walk along the Rocky Path. This is a one and a half kilometer walking path passing between a sheer cliff and the sea. It was built for the Fifth Caspian Summit and is a unique structure that has no analogues in the CIS countries.

Aktau - Fort-Shevchenko. In the morning after breakfast, we go to the beach of the 43rd kilometer along an asphalt road. The rocky coast of the Caspian Sea is a great place to take colorful photos. Further, our path will lead us to the village of Bautino, where we will have lunch. After lunch we will have an excursion to the Taras Shevchenko Museum.

Fort-Shevchenko – Aktau. Today we will go to the Sultan-Epe necropolis. After the excursion we will have a field lunch. Next, we will visit the Shakpak-Ata underground mosque - the most ancient monument in Western Kazakhstan. This mosque is carved into the rock formed by two canyons that descend the slope of Mount Ungazyk to Sarytas Bay.

In the evening we will return to Aktau. Check-in at the Grand Victory Hotel. Dinner.

Aktau – Ustyurt Plateau. In the morning we go to the Ustyurt plateau, to the Boszhira place. Two limestone peaks reaching a height of 200m and looking like fangs, preceding the entrance to the tract are the hallmark of this place.

The Boszhira itself is located at the bottom of a huge canyon in the western part of the Ustyurt plateau on the Mangyshlak peninsula. This is one of the most beautiful places in Kazakhstan, which is a whole range of rock formations of different shapes and sizes. Here we will also see Mount Mangyshlak, the height of which reaches 287 meters.

Accommodation in the field camp. Dinner.

Kendirli – Aktau. In the morning we will go to Sandy Cape. Here we can swim in the Caspian Sea, sunbathe and test our cars on the sand dunes. After lunch, we will leave Kendirli and drive to Aktau airport. Flight home. 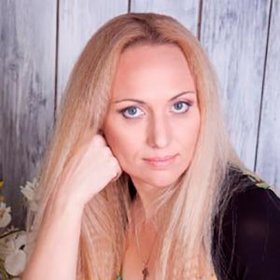 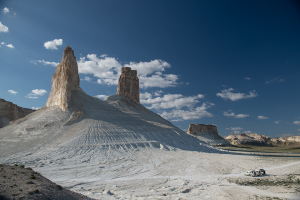 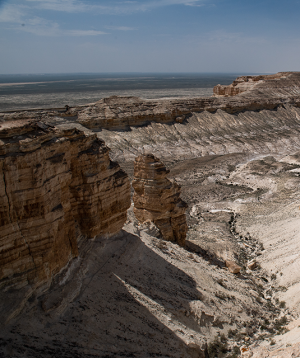 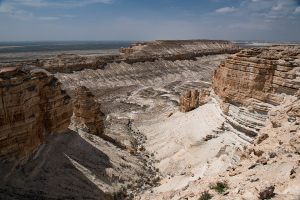 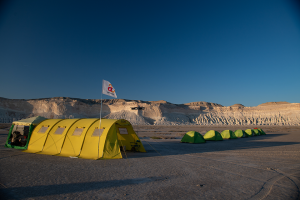 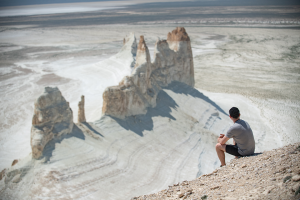 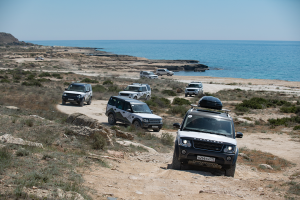 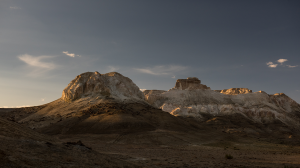 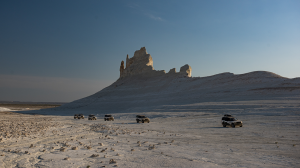 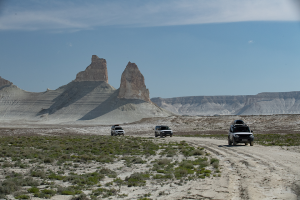 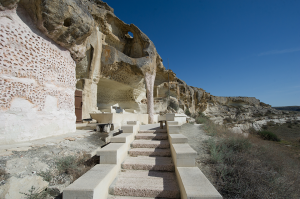 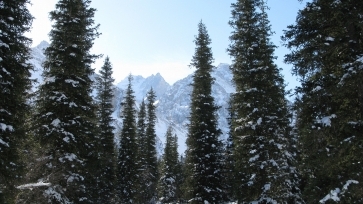 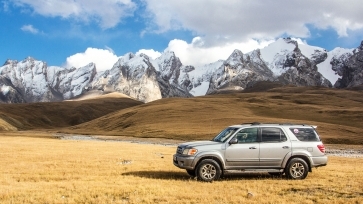 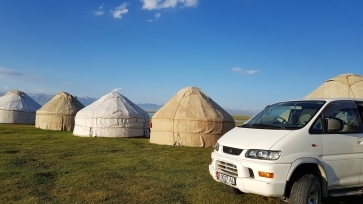 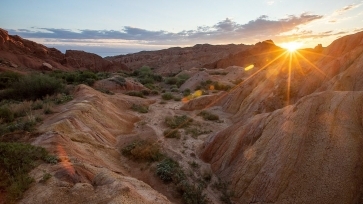