We invite you to online trip across the Pamirs, sometimes even journey through time. We will share some interesting info about the lovely place of Pamir.

What does the word Pamir mean?

Let’s start from the meaning of the name, what is there behind it? As usually, there is a long (for some may be boring) story of naming the place, but we will tell you the most reliable and interesting version.

Our neighboring country Afghanistan still calls the place “Pa-i-mihr”, Mithra or Mitra is the god of the sun of ancient Iranians, so here it means the foot of the sun, which locates in the mountain country on the East, out of which the sun raises. Relating to the settlement of ancient Iranians, Pamir really takes such a location.

The first mention in the literature is met in the memoir of Chinese traveler Xuan Zang. He called this place “po-mi-lo”. Why not “po-mi-ro” at least? No worries, remember that Chinese cannot pronounce the letter “r”.

How much space does the Pamirs take in the world?

If you thought that Pamir belongs only to Tajikistan and a little bit to Kyrgyzstan, you were wrong! Pamir takes only 45% in Tajikistan, and what is more interesting is that just 3% of total population lives there.

Pamir is considered the second highest place in the world with inhabited region. First takes Himalayas.

Mountains and plateau of Pamirs created the tectonic node, that goes through Afghanistan, Hindukush, Tien Shan ridge in Kyrgyzstan, Kunlun Shan in China and even Himalayas. Total square of Pamir approximately equals 120 000 km².<.p>

The inhabitants of the Pamirs

Who is happy to live in such a nice place? Turkic Kyrgyz lives in East Pamir, and Tajik people or Pamirians are located in West part. Pamirians mostly speak Iranian languages, the most popular among them are Wahi and Sogni.

Some sources mention that Pamirians are not Tajiks, and the languages are different.

Except for people, there you can meet mountain goats, wild rams, marmots on the eastern mountain plain. Unhappy meeting would be with a brown bear or wolf. Upper on the peaks you can see some bearded vultures, Himalayan griffins.

The colder and drier Eastern part is home to fewer bird species, but brown-headed gulls and mountain geese can still be found along the coast. There are those that live on the rocky areas of the Himalayan and Tibetan snowcocks.

Thank you for your interest. In the following publications, we continue to introduce you to the Great Pamir. 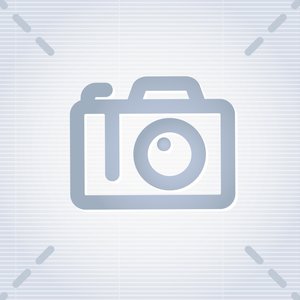 The author of travel stories in Kyrgyzstan, fully or partially built on her personal travel experience. Manager of scientific and educational programs and bicycle tours.

Article from the author:
Khalieva Ekaterina